A Comprehensive Guide to UI

UI or User Interface is the interface that is the access point where users interact with computers. It is also a way through which users can interact with a website or an application. UI design typically refers to graphical user interfaces but also includes others, such as voice-controlled ones, a keyboard, a mouse, and the appearance of a desktop.

UI design considers the look, feel, and interactivity of the product. Users judge the design on the basis of usability and likeability very swiftly, so a designer will focus on making each visual element look pleasurable and meaningful. The designer has to consider the color scheme, font imagery, spacing, responsiveness. Also, understanding the user’s context and mindset is crucial while making design decisions.

The various types of user interfaces include:

Often confused a lot and understood one and the same thing terms UI and UX are related but not the same.

UX or User Experience describes the overall experience of the product and the UI only considers the appearance of the product. A UX designer’s work is to make the product usable and useful. UX means focusing on the whole user journey and the steps a user will take to attain a goal. UX designers will make wireframes without making any detailed design decisions for each wireframe. Once the wireframes are final they are handed over to UI designers to start adding emotions to it through design and animations.

UI is a part of UX which helps in making the user experience more pleasurable and user-centric. UI designer’s job is to make the product visually appealing and desirable. Where a UX designer will try to make a critical judgment on what feature to add and how to user will interact, a UI designer will make critical design decisions regarding those features. Like what should be the font, color scheme, and animations for the features and pages decided by the UX team. 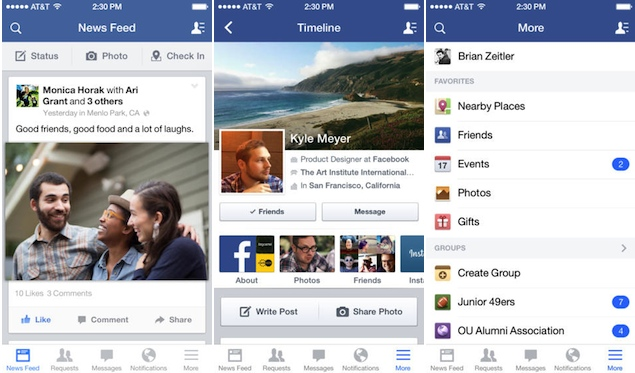 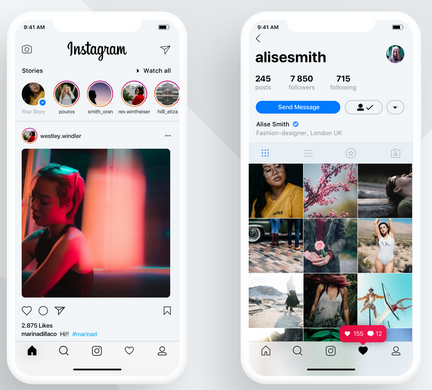 Both of these are social network platforms. Both of them offer pretty much the same features like sharing posts, chatting with friends, adding stories. But still, there is a lot of difference in how we interact and perceive these platforms.

From a UX perspective Instagram is mainly focused on sharing photos so, they planed their layout in a way that user attention is grabbed immediately to photo someone shared the option to add status is not given. Also, the button to click a photo is placed very conveniently for the user. Whereas Facebook tries to give its users a wide variety of options and features. On the first screen, you get the option to add status, chat with friends, group chat, or tell about the event or place you are at.

If we look at these platforms as interfaces too, they both give a different feel to the user. Even is I show you just a button from these two, you’d easily able to distinguish which button is of which platform. The colour scheme, the icons, buttons shape, typography, shapes of the same elements is really unique to its platform. This what makes the brand stand out and distinguishable.

The way we interact with computers has evolved over time.

In the early days, computers user punch cards for putting in data, the screen was not introduced then. There was almost not interface to interact with, except for a few buttons and console. 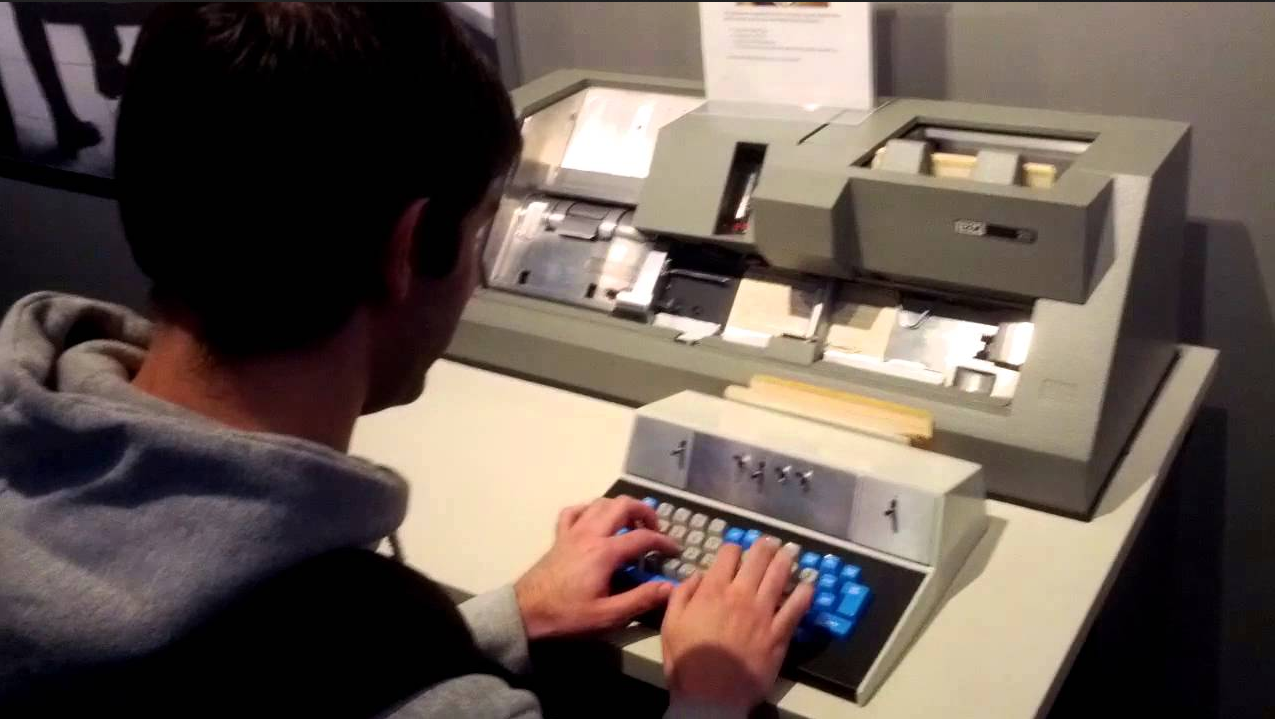 With time as computers evolved so did user interfaces with the introduction of the command-line interface. So the computers had a screen but there were no icons of windows yet, it was just a plane display of lines of codes and command. Only Keyboard was used to interact. 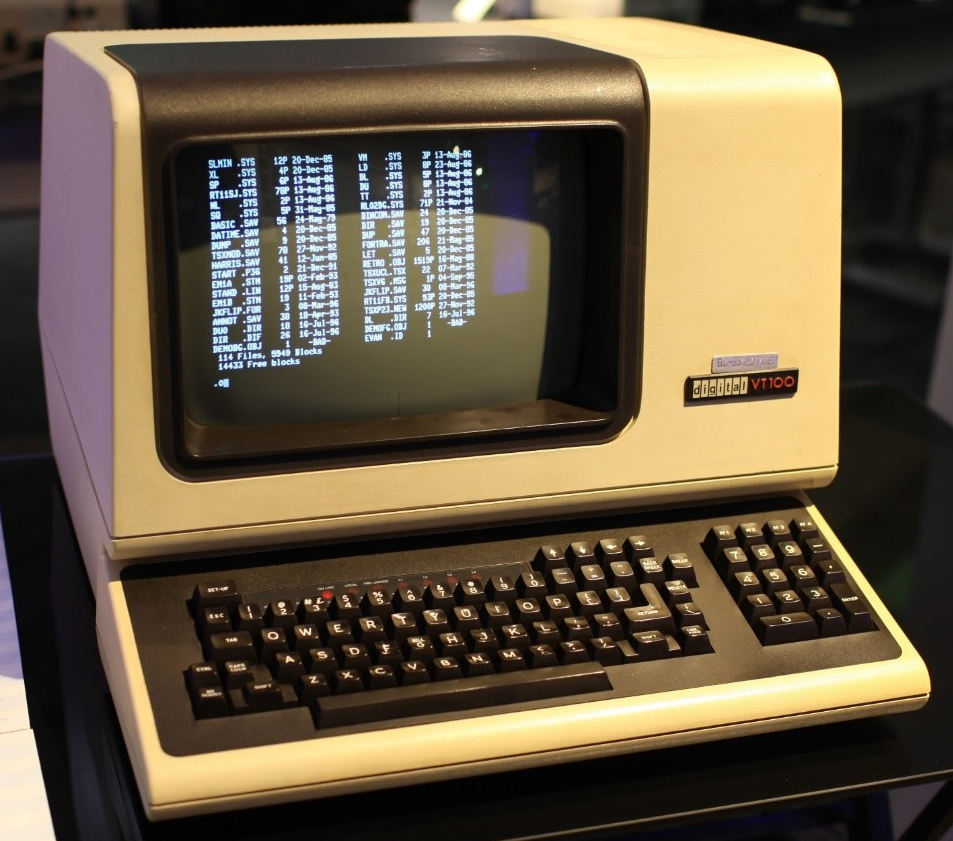 GUI made it possible to make computers operated not only by people with specialized knowledge but by common people too. A usable and pleasant interface made friendly to people. 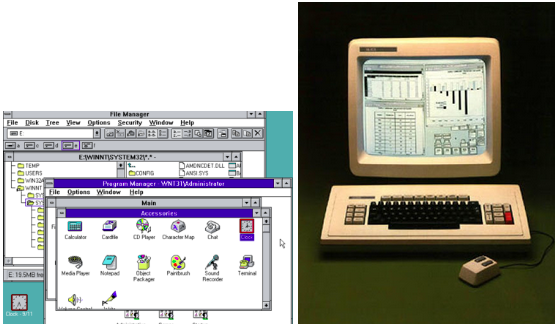 Minicomputers were now in the hand of every person. The growing popularity of mobile devices as immensely affected UI and there is leading development in mobile UI and responsive design. Mobile UI is specifically concerned with creating usable, interactive interfaces on the smaller screens of smartphones and tablets and improving special features, like touch controls. 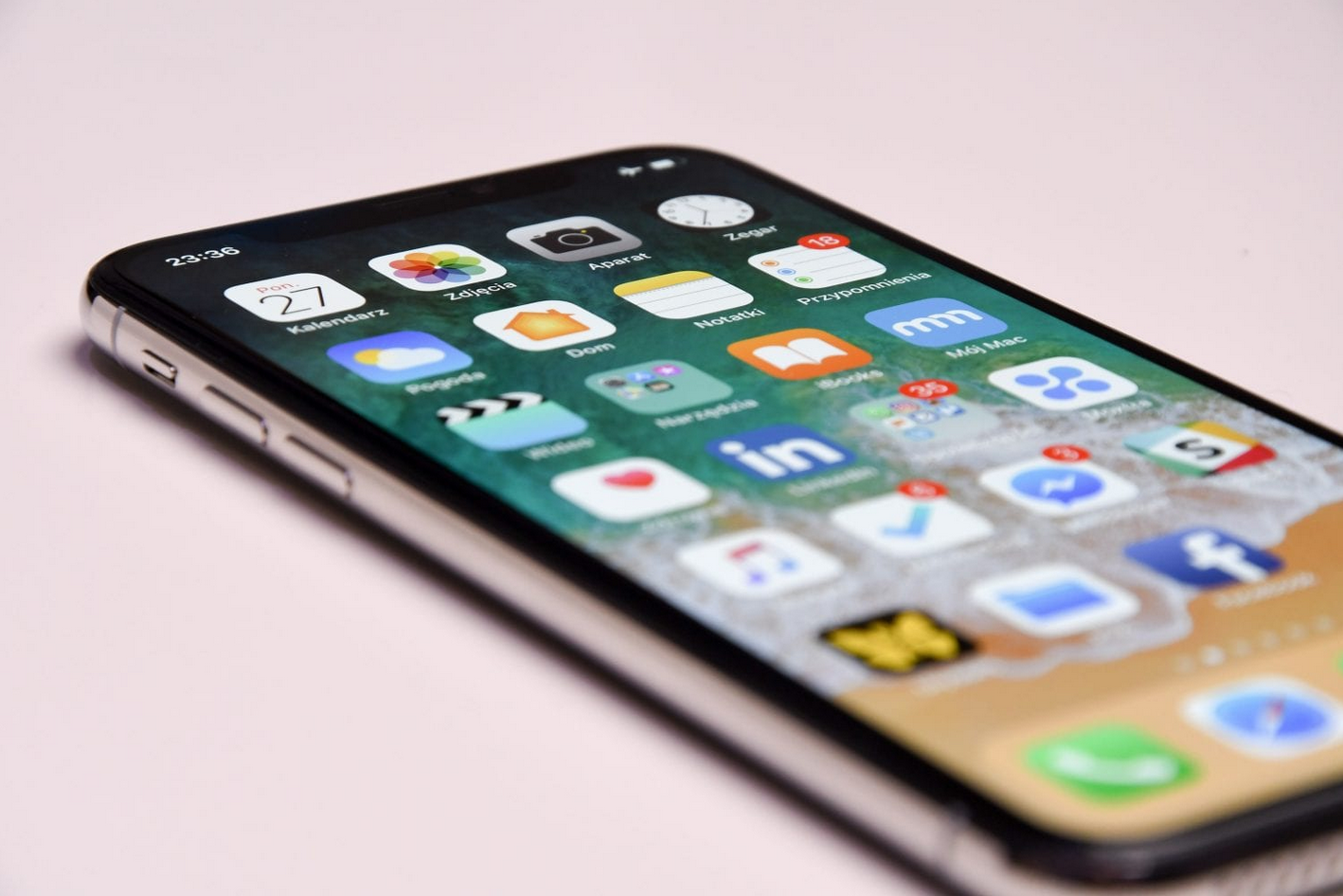 How to make Great UIs

UI, in essence, is designing the visual interface for machines and software that are put together so eloquently that it’s meaningful and memorable. Designers should try to create an illusion that users aren’t interacting with devices rather than trying to attain a goal directly and as effortlessly as possible. Instead of just filling the screen with icons and elements, offer user portals that they find very intuitive to use and immerse themselves in the experience. Few guidelines to follow

Learn about what your user’s goal is, why they are using your product, what is their background and skills. Look at the products they already use and your competitors. Don’t be too caught up in mimicking the trendy design and competition, focus on your user base, and try to make interfaces that facilitate achieving their goal. 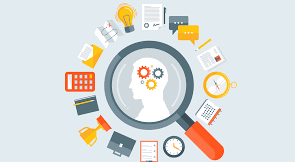 People are already using some popular products like Facebook, google, amazon, etc, so they are already used to these user flows. So identify such user journey patterns and try to incorporate those in yours. 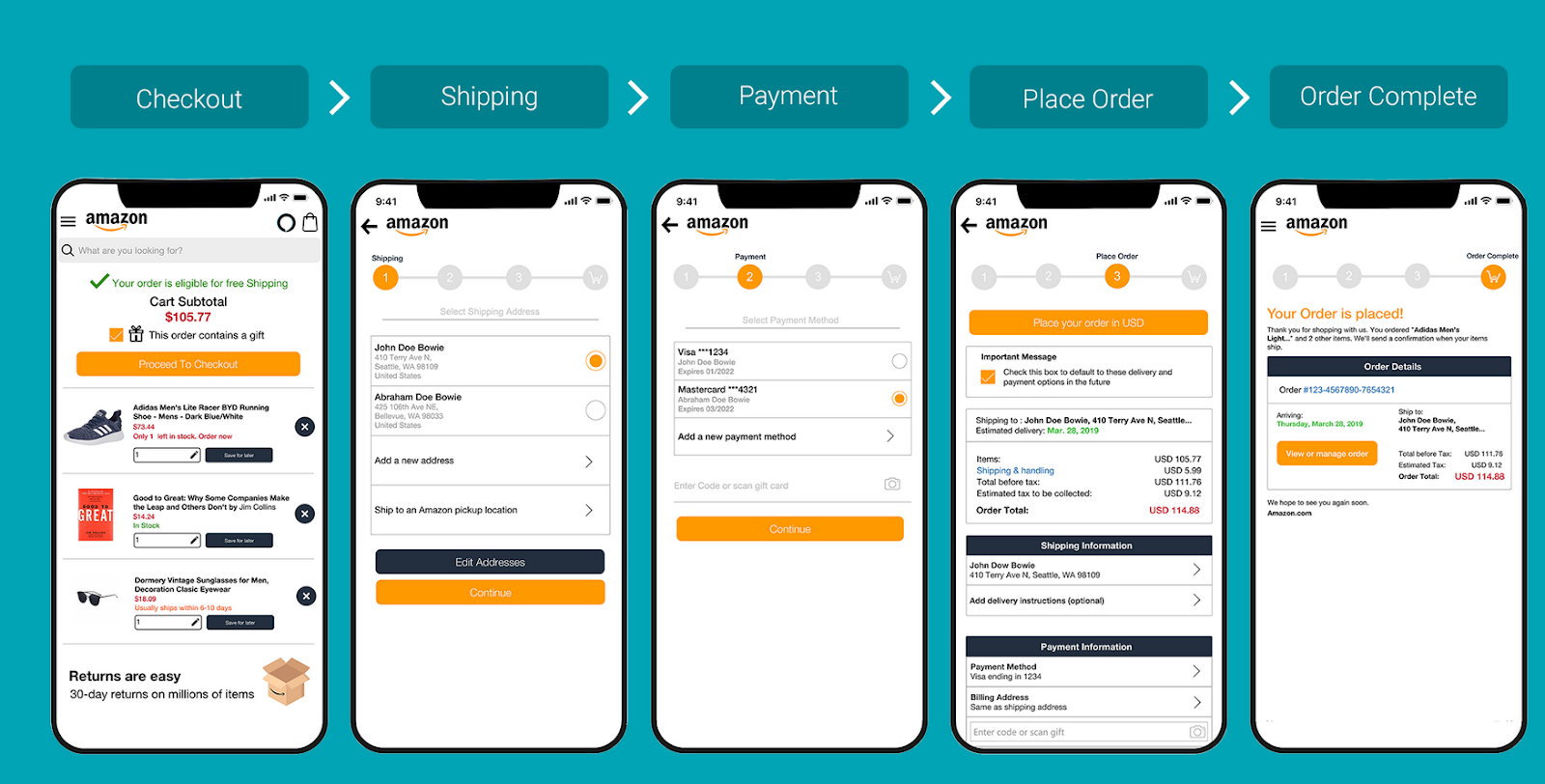 Consistency is something the user expects. They expect that once they learn something they should be able to do it again and again. Few things that should be consistent are layout, color scheme, and design. Consistency helps users to understand how the product works and they can form habits. 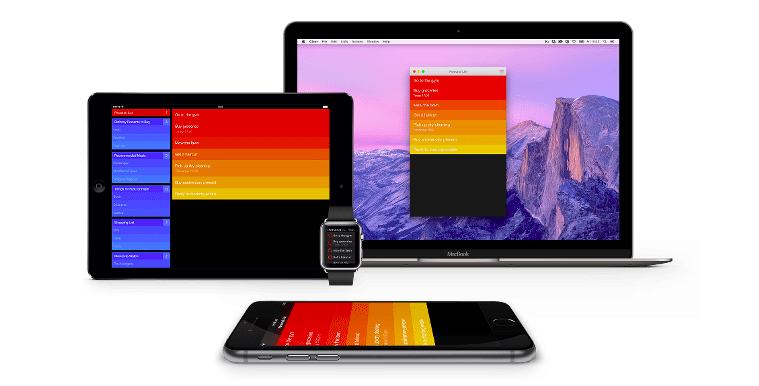 There can be multiple items in a single interface and designers should make certain elements more clearly visible and stand out to allow the user to focus on what is important. This can be achieved by size, color, placement, etc. 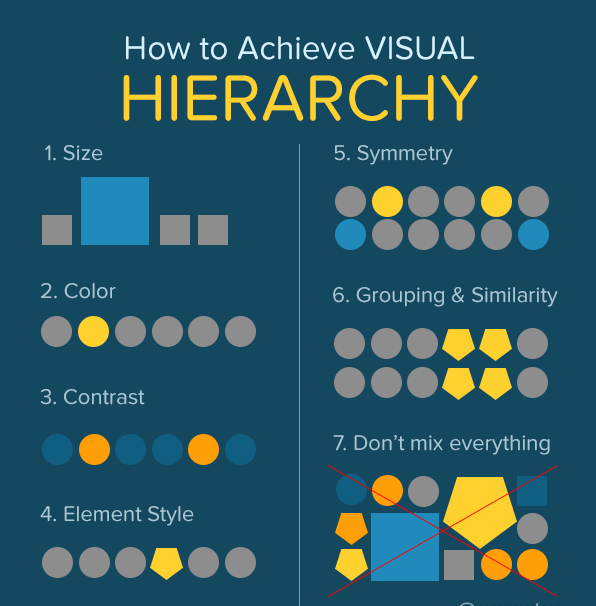 An interface should not be crowded with unnecessary elements. It should be clear what the interface offers and what it is about. Before adding any feature element the designer should ask “Does the user really need this?” or “Why does the user want this ?” Are you adding things because you like or want them? Never let your UI ego steal the show.

Hopefully, this blog gave you an idea about what is UI and how UI and UX are different. We also covered some golden rules that are important to keep in mind while designing an interface. This blog was just a brief and not complete guide. UI has evolved a lot and will continue to do so as technology advances and it changes how people interact with computers. So I hope this blog excited you to explore and learn more about UI/ UX.