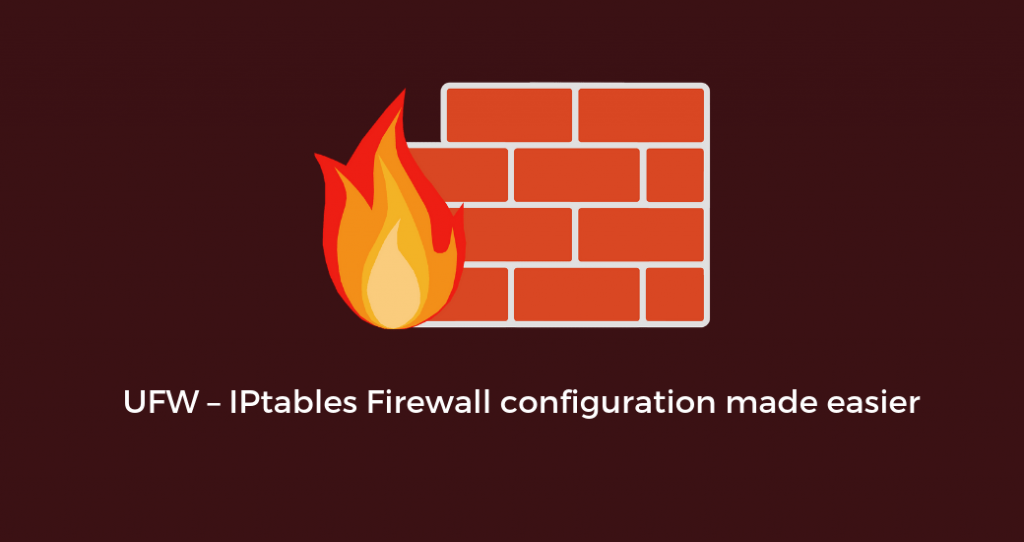 UFW, short for Uncomplicated Firewall, is basically a simplified firewall mechanism that is implemented upon iptables itself. As a result, making it much easier to configure ufw than to configure iptables. Therefore, it can be said that ufw is technically a program for managing a netfilter firewall which aims to provide an easy to use interface for the user.

Consider a situation where protocols like ssh, ftp, etc., which if left open for everyone and anyone to connect, might result in a massive security breach by the attackers or malicious users. Hence, this originated the need for a firewall. Firewall is useful to us in a way, that it allows us the remote access to the system but in a limited fashion. A simple example would be, firewall can allow certain ports to be left open to only a few IP addresses to limit security breach and also allowing connections to only a trusted device.

Thus, if we do not lock down ssh or ftp or for that matter, any other protocol, we are creating a massive vulnerability to our system by letting ssh or other protocol’s designated port open for everyone to access. But with the help of firewalls, we provide remote access along with security lock down to avoid malicious users or hackers to gain access to the system. UFW aims to provide an easy to use interface for people who are unfamiliar with firewall’s basic concepts.

Basic Commands to understand the functioning of ufw

Before starting with practicing a few commands, first of all make sure that you have ufw installed on your system. By default, ufw is already installed in Ubuntu, but if in any case ufw is not present, you can try installation by running the following commands:

– If ufw is enabled, it’s status is active.

This is just an overview of the concept and few commands of ufw to practice.
Hope it helps.