An Introduction to CockroachDB !!! 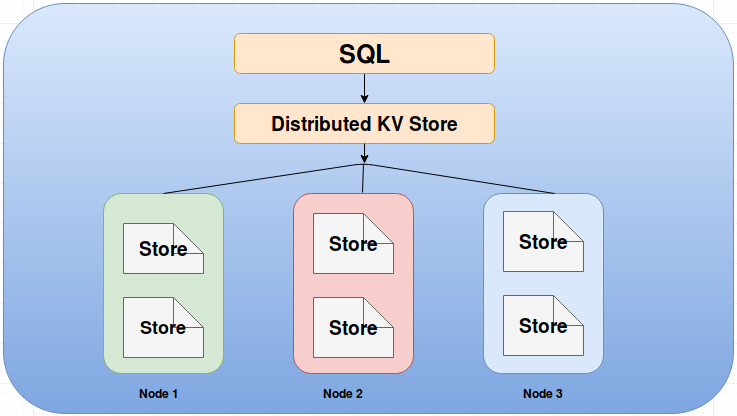 Today we are going to discuss about the Resilient SQL Database. As we know database is a main part for any organization or business.  We say that we have many databases in the present, developers are left with a small range of options:

As we can see that these options does not work properly when we have large amount of data, which is why we are inspired to talk about Cockroach DB.

CockroachDB is a distributed SQL database built on top of a transactional and consistent key-value store. The primary design goals are support for ACID transactions, horizontal scalability and survivability. CockroachDB implements a Raft consensus algorithm for consistency and aims to tolerate disk, machine, rack and even data center failures with minimal disruption and no manual intervention.

CockroachDB follows an architecture and make complexity an easier task to manage.

By default each range replicate on three nodes. We can configure replication nodes according to the our need. When we use replication that time we have to make sure one and important thing, data be consistence on all the replicas. CockroachDB uses Raft as its consensus protocol. Raft consider as a singe entity for each range. Each Range corresponds to a Raft instance, and their number is much higher than that of the physical nodes hosting them.

In CockroachDB, it stores data into tables, columns, rows and schema but at the lowest level, contains data into Key-Value pair. It contains single and empty range of key value. As you start storing data into range it reaches threshold and default size of the threshold is  64 MB. As it reaches on the maximum limit, range data split into two. Each of which can be accessed as a separate units, each covering a contiguous segment of the key space. CockroachDB stores data into sorted set of all ranges.

Transactions is the core functionality when we talk RDBMS and as we mention earlier CockroachDB provides distributed transactions using multi-version concurrency control(MVCC). MVCC data is stored and managed on each local storage device with an instance of Rocks DB. CockroachDB also provides snapshot and serialize snapshot along with consistency & lock free read and write.

Stay Tunned for more blogs on this !!!

Anurag is the Sr. Software Consultant @ Knoldus Software LLP. In his 3 years of experience, he has become the developer with proven experience in architecting and developing web applications.

1 thought on “An Introduction to CockroachDB !!!3 min read”