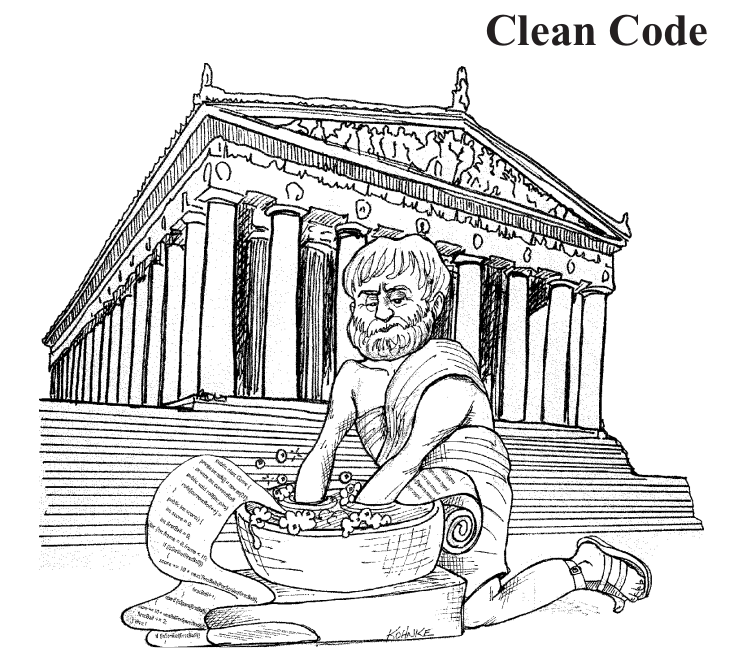 Writing good code in accordance with all the best practices is often overrated. But is it really? Writing good and clean code is just like good habits which will come with time and practice.
We always give excuses to continue with our patent non-efficient bad code. Reasons like no time for best practices, meeting the deadlines, angry boss, tired of the project etc. Most of the time we try to procrastinate it by saying will make it efficient and clean later but that time never comes.
Bad code is not problematic for us to understand but for the other developers who will handle that after us.

So, let me get you to the points by Robert C. Martin in his captivating book Clean Code.

We name our variables, class, directories, packages, jar files, war files, ear files. We name, we name and we name. So, we should better name them well.

Choosing good names takes time but saves more than it takes. Everyone who reads your code (including you) will be happier if you do.
So while naming anything, we should be able to answer these three questions:
~ why it exists?
~ what it does?
~ how it is used?
And if we can’t answer them, that means we are not doing it right.

If a name requires a comment, then the name doesn’t reveal its intent. Say for example:
int d;   // elapsed time In days

So just by looking at this “d“, no one is going to understand what this d is doing and eventually waste time over it. Our names should be such that says its intention.
like,                         int elapsedTimeInDays;

Programmers must avoid leaving false clues that obscure the meaning of the code. We shouldn’t use type information in names.

Do not refer to a grouping of accounts as an accountList unless it’s actually a List. The word list means something specific to programmers. If the container holding the accounts is not actually a List, it may lead to false conclusions. So, accountGroup or bunchOfAccounts or just plain accounts would be better.

Just have a look at this snippet. Having a hard time to tell what is it doing? I too have few questions:

So a refactored better version of the above snippet could be something like this:

Talking about the arguments, the number of arguments should be as minimum as possible. The ideal number of arguments for a function is zero. Such function doesn’t depend on any input so there’s always going to be some trivial output from it. It will be easy to test.
Next comes one (monadic) which is based on functional programming rules, followed closely by two (dyadic). Three arguments (triadic) should be avoided wherever possible. More than three (polyadic) requires very special justification and then shouldn’t be used anyway.

If any in case the number of arguments are more than 3, then we should group them into a meaningful object.

Arguments are even harder from a testing point of view. Imagine the difficulty of writing all the test cases to ensure that all the various combinations of arguments work properly.

Avoid output arguments: Anything that gets modified or mutated but is not returned by the function.  An array passed to a function, which changes the body of the array but not returning it, then it is the output argument.

Your function promises to do one thing, but it also does other hidden things. Sometimes it will make unexpected changes to the variables of its own class. Sometimes it will make them to the parameters passed into the function or to system globals. In either case, they are devious and damaging mistruths that often result in strange temporal couplings and order dependencies.
See this example:

So, as you can see that the intent of this function (as its name says) is to just check the password. But it is initializing the session too. This could be misleading because whosoever calls this function, be it you, in fact, will not aware of this hidden functionality and might cause blunder in your code.

Your function should do only one thing. If it does two or more, better break them into different functionalities. Keep it Simple Silly!
Example,

This function is doing two things first it checks the password and then initializing the session. The better way could have been checkPassword and initializeSession would be two separate functions and caller would just call them accordingly.

Objects hide their data behind abstractions and expose functions that operate on that data. Data structure expose their data and have no meaningful functions.
They are virtual opposites.
In case of objects, it is easy to add new objects but harder to add new behavior. Let’s understand this through an example: 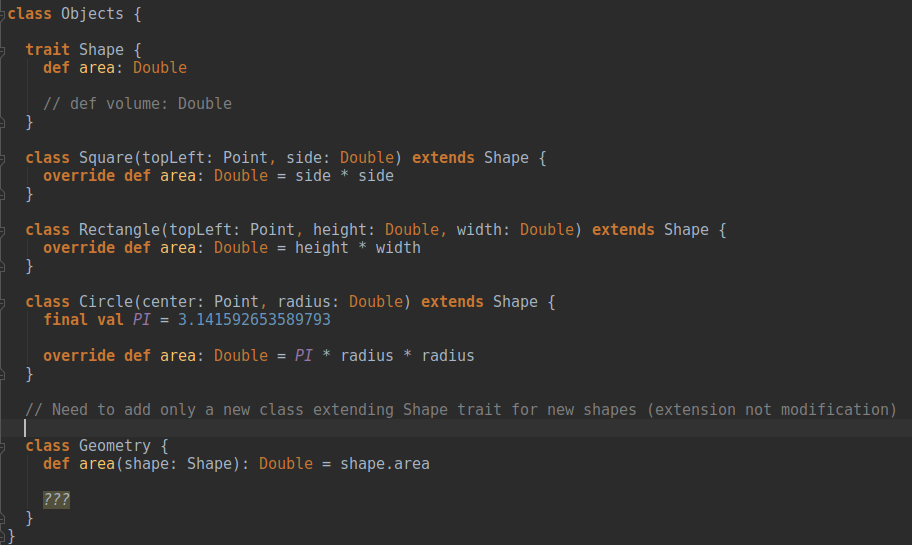 As you can see that if I want to add a new type of shape, say for example Rhombus, I can simply add its class extending Shape trait and provide the implementation for the area method. That’s all I need to do. But its hard to add new behavior. Why? If suppose I need to a new method say volume. Then all the subclasses extending this trait need to change. 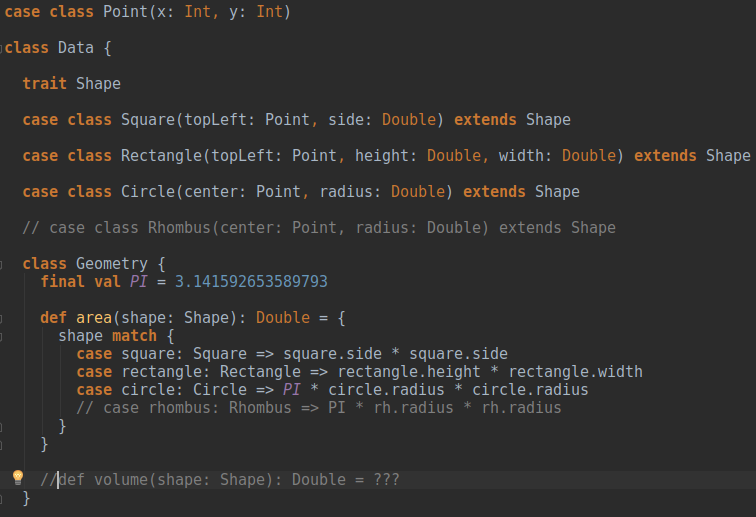 In any complex system, there are going to be times when we want to add new data types rather than new functions. For these cases, objects and OO are most appropriate. On the other hand, there will also be times when we’ll want to add new functions as opposed to data types. In that case, procedural code and data structures will be more appropriate.

The Law of Demeter

It says our function should only access the classes/objects that it has direct access to which are:

In short, the Law of Demeter aims to keep you from doing things like this:

or even worse, this:

It might seem odd to have a section about error handling in a book about clean code. Error handling is just one of those things that we all have to do when we program. Input can be abnormal and devices can fail. In short, things can go wrong, and when they do, we as programmers are responsible for making sure that our code does what it needs to do.

“Error handling is important, but if it obscures logic, it’s wrong. ”

Few tips to keep in mind while doing error handling in your code:

So these were just a few topics from the book Clean Code. This book has everything you are looking for. So, go give it a read.
For more topics from this book, you can refer to this blog.
I hope this blog helped you! 🙂