Code Combat II : The Code Battle For The Vanguard Continues…

For some coding is a job. For some, it is an exercise. But for us folks here at Knoldus, it’s a Passion.

So in order to bring a twist in the daily work schedule, Knoldus held an overnight Hackathon competition within the organization on 18th May 2018 which presented an opportunity for every Knolder(employees at Knoldus) to turn their dream project into reality.
This 24-hour long event was named Code-Combat.

Knoldus is an organization which always encourages every individual to push his or her boundary and get the excellence out of him that could be achieved in his desired field of interest. Undoubtedly being the coder majority organization;  hubris, humility, and unselfishness are every programmer’s virtue and code-combat was a rigorous effort to combat not only with oneself but as vanguards with other vanguards.

Let me share a video link which we created to build up the enthusiasm among the Knoldus employees. Have a look and enjoy the friendly challenges :

The main motive of our code combat was to encourage people to convert their innovative ideas into actual software. Having said this, the main idea was to enjoy the passion for coding. So, what’s better than a 24 hour non-stop coding event. Apart from a major event which was named ‘GAME OF INNOVATION’ which was the core of this code combat, we also had 2 minor events :

As a result of this combat, Knoldus not only got a lot of innovative ideas, but also the Knolders had a lot of fun in an activity that they are passionate about – Coding.
The best thing about this combat is that every team explored a  bunch of technology stack which was beyond the project technology stack. This gave an opportunity to blend in with the latest technologies that are currently trending in the IT world.
In a way, this is a big deal not only for Knoldus but for every client that Knoldus works with, as these stacks would be easily fit into the projects which require them the most.
This made everyone to be the cutting edge in thought and action.

Being programmers, our virtue made us think of sharing the details about the competition with you all. You can find the official site we have created for the combat here.

Well, the whole purpose of the PR team was to make the combat interesting and keep everyone’s enthusiasm high. Moreover, they were also responsible for notifying all the participants and handle or reroute their queries.
Project guideline team, on the other hand, was responsible for creating all the guidelines required for the competition and infrastructure team was responsible for all the infrastructure related works whether it is about final day presentation or any requirement of any vanguard for their project e.g. the project needs to be deployed on the cloud. You can have a look at the Organizing team: here 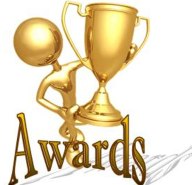 An event is incomplete without the awards, Right?

As you can see on the site that there were different categories of awards. “The Vanguard” was the award which was given to the team which scored the highest point in all evaluation criteria.  For this season it won by team “Lazy Learners” led by Akshansh Jain.

In the finale of the Code Combat, our honorable client of EY Mr. Lakshman Parameswaran, Mr. Ram Indukuri, and Mr. Bhavya Aggarwal took the seats of Jury and had a good question and answer session with the participants.

Below are some of the images of the event :

With the great efforts of the organizing team as well as the active and enthusiastic involvement of the fellow Knolders, we were able to make the Code Combat a success.

All that said, Nothing can be perfect. We will be working on improving the same.
Well yes, we are referring the feedback process as retrospective here and surely the next time mistakes will be very less. Every Knolder has given their valuable feedback of the combat and easily we could distinguish the good, bad and improvable points which are going to be used in the many next code-combats that are going to be.

Thank you for your time. Feel free to comment with any suggestions or feedback. 🙂