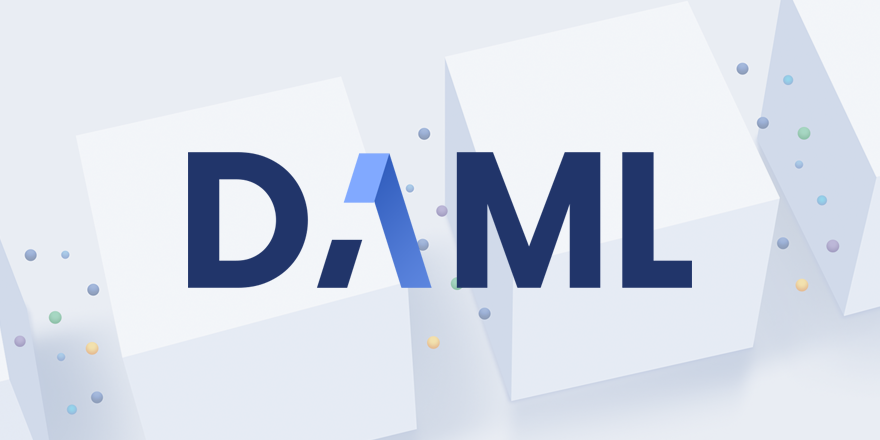 “Blockchain by itself isn’t transformational, however it is foundational. As a foundational innovation, Blockchain’s value can only be fully realized when the business process is transformed to take advantage of its capabilities, leading to ROI for existing business models and the ability to create value through new ones.”

So, what is a Blockchain ?

Blockchain is a peer-to-peer ledger system that allows peers to transact between them without any centralized authority. The peer-to-peer network is completely decentralized. To make it decentralized, each peer carries a copy of the ledger. The ledger can be a complete copy or a minimal copy required for it to stay connected and functional to the network.

Digital Asset modelling Language is an open source programming language used to write distributed DAML Application quickly, concisely and correctly. It is functional and was designed for distributed business workflow. It helps a developer to focus more on programming business processes by cutting down the amount of time the developer would spend on dealing with encryption and block chain.For more detail on DAML visit here : DAML Introduction

What are Scala Bindings ?

The Ledger API is a set of services exposed through gRPC, which uses Protocol Buffers as its own interface definition language. It allows developers to create applications around the DAML ledger in other programming languages. You can access  Ledger API via the HTTP JSON API, Java bindings, Scala bindings or gRPC. In all cases, the Ledger API exposes the same services:

Scala bindings is a client implementation of the Ledger API. Where Ledger API is a Key Player which interacts with Ledger through grpc calls. The Scala bindings library lets you write applications that connect to the Digital Asset distributed ledger using the Scala programming language. For this it uses two main components :

To use the Scala bindings, set up the following dependencies in your project. If you are using  sbt build tool then add it in build.sbt file.

Create a contract and send a CreateCommand

To create a Scala class representing an Contact contract you need to import the following things as you can see in our IouMain file:

And then give definition to the Contact Contract User:

and the following code to create an instance of the M.Contact class:

To send a CreateCommand (keep in mind the following code snippet is part of the Scala for comprehension expression):

And to fetch the transaction and decode it into the required type of Contract we use:

To run application use following command in other Terminal: