Folks, If we have quite a long text, and we want to show it into three adjacent columns, One way to implement it via three <div>’s  or <p>’s in HTML and adding CSS properties.

For example If we have a long text as following :

And We want to show it into three separate adjacent columns for better readability, it can be done as follow: 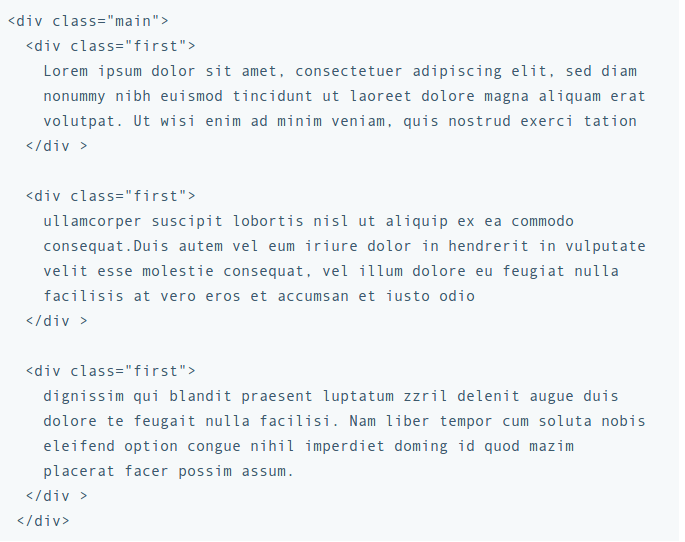 And furthermore for adjacent view, we have to write this following CSS Code :

To apply vertical rule between these columns so that it can have better look&feel we have to write another CSS class as follow:

and add it to first two divs only,

Even though with these CSS and html code we can not manage following scenario i.e

if the complete text to be displayed in P tag is rendered dynamically through a particular selector, in such case it can be complicated to measure out how this text should be break to display in 3 divs/columns.

Unfortunately this is impossible to do with CSS and HTML without forcing column breaks at fixed positions, or restricting the markup allowed in the text, or using scripting.

CSS3 introduced some new property to make such layouts, In case you have noticed in newspaper,magazines etc  have block layout mode because people have trouble reading text if lines are too long, if it takes too long for the eyes to move from the end of the one line to the beginning of the next, they lose track of which line they were on.

These properties solve the above discussed issue, the code becomes concise ,clear  and easy to implement instead of using complicated structure through JS. Here all those extra static divs are removed, using only single CSS class to manipulate display of content:

For the above example context We just have write the following :

Its O/p will be

To apply vertical rule between these column, we just have to add one more css property in main class i.e. column-rule, rather than adding an extra class for this.