What Happens When Reactive Meets Microservices?

In this article we will cover transition from Monoliths to Service Oriented Architecture to Reactive Microservices by applying isolation techniques to the application.

To start explaining the microservices it’s useful to compare it to the monolithic application. An application is said to be a monolith when it is deployed as a single unit. Monoliths have a single shared database. They communicate with synchronous method calls where you send a message and expect a response immediately.

What are the cons of Monoliths?

What is Service Oriented Architecture?

Service Oriented Architecture is an architectural style that structures an application as a collection of smaller independent services. These microservices can be physically separated and independently deployed and scaled. Each microservice has its own logic and database as well as performs specific function. Communication between microservices can be synchronous or asynchronous, also the communication between these services is done through APIs only. Microservices undergo rapid deployments, it’s not uncommon to see them getting deployed once a day or even multiple times a day.

What are the pros of Service Oriented Architecture?

What are Reactive Microservices?

What are the Principles of Isolation?

As we move from monoliths to microservices, more isolation is being introduced. Isolation provides reduced coupling and increased scalability.

Reactive Microservices are isolated in: State, Space, Time and Failure

Reactive microservices are accessible through its API only, no backdoor access is provided through the database. It allows microservices to evolve internally without affecting outside.

Reactive microservices are asynchronous and non-blocking, due to which it leads to more efficient use of resources. Between microservices we expect eventual consistency, which provides increased scalability.

Reactive microservices also isolate failures. A failure in one microservice does not cause another to fail. It allows the system to remain operational in spite of failure.

What are the Isolation Techniques?

Bulkheading is a technique in which failure zones are created in the application to isolate failures, so that failure in one microservice is not propagated to other microservices and the overall system remains operational(possibly in a degraded state).

Reactive microservices follow message driven architecture. They use asynchronous non-blocking messaging which allows isolation in both time and failure. It means that if a request to a microservice fails, the failure won’t propagate. Also microservices are not dependent on the response from each other, the client service can continue to operate without waiting for the response.

Reactive microservices are autonomous in nature, they can only guarantee their own behaviour through API calls. Isolation of microservices allow them to operate independent of each other. Autonomous microservices have enough information to resolve conflicts and repair failures. Fully autonomous service having no external dependencies, can be scaled indefinitely. Autonomy allows for stronger scalability and availability. Autonomy can be achieved using eventual consistency and by communicating only through asynchronous messaging. 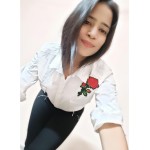