Gatling and Concourse – How to integrate?

This blog is all about gatling and Concourse CI. In this short blog, we will try to run our Gatling performance tests on concourse ci. This might seem to be a big task to do but believe me, it is not. We as QA engineers need to walk toe to toe with the new CI/CD tools so that our test cases are not left out and continuous testing takes place automatically with each new iteration.

So, let’s get started. But before that, let’s take a brief overview of the process of setting up Concourse locally.

This will configure fly and that will be it. Now, we can proceed ahead and create a pipeline. But to create the pipeline and have Gatling’s performance tests integrated with it, we need to create a new YAML file for the pipeline. Let’s see how we can do that.

Creating the pipeline for gatling tests.

You may not find much on the web with respect to Gatling and Concourse. To be honest, I didn’t find it much difficult to have Gatling working with the concourse. All you need is a working Gatling project and a suitably configured YAML file for the pipeline. Firstly, the YAML that I’ve used is pulling up an image of sbt because I’m not using maven but sbt as a build tool for this project. You may take a reference from the YAML files mentioned below and can modify that for maven as well.

So, we have all the pre-requisite satisfied now. All we need to do is, provide the run command so that we can run our Gatling tests.

To do so, I’ve created a shell script that has the correct command to run our test. You can find the YAML file and the shell script below.

This is the YAML file that I’ve used to configure the pipeline. Please note that this YAML file will look for another YAML file named test.yml which will take a fresh pull of the sbt docker image and once done it will execute the shell script which will run the test command.

This is the YAML file that I’ve used to configure the pipeline.

The shell script is given below,

And that’s it. We have all the things in place to run our tests on the pipeline. The only thing that is left is to send the updated configurations to the pipeline using “fly”. Let’s see how we can do that. 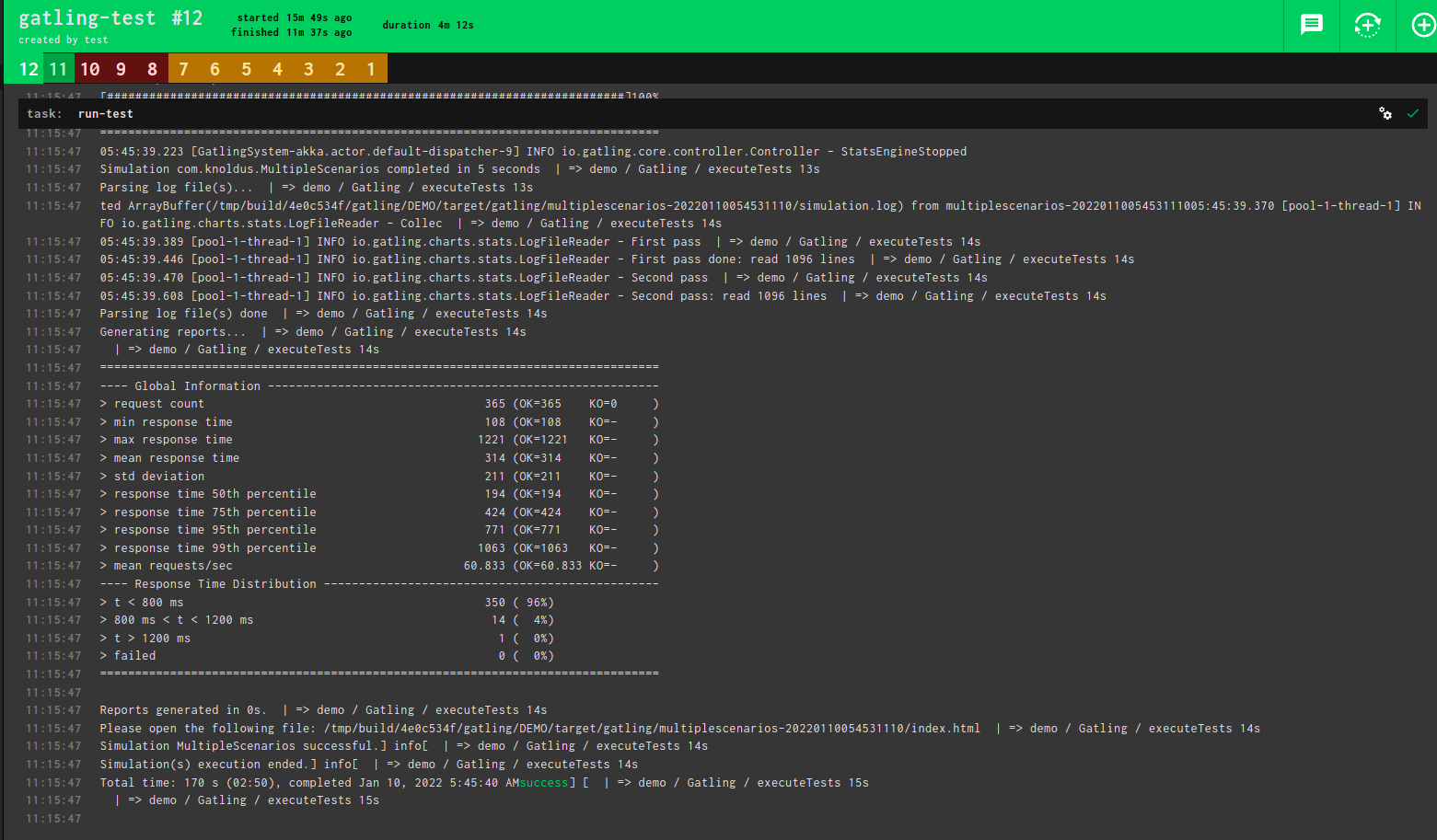 That’s all folks. I hope you may have found this useful. Please do check out our other blogs on a similar tech stack, https://blog.knoldus.com/category/tech-blogs/test-automation/.