Getting Started – Spring Boot with MongoDB 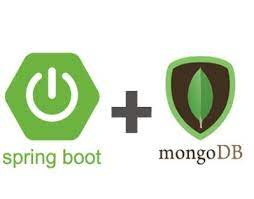 Topics to cover in Spring Boot and MongoDB

What is Spring Boot?

It provides an easier and faster way to set up, configure and run both simple and web-based applications. Let’s see an equation to get more clarity about Spring Boot:

Spring Boot provides convention over configuration software design style. In return it decreases the effort of the developer, it gives many things as default which we can change later if needed. One of the biggest advantage of Spring Boot is it scans the class path and find the dependency and automatically configure the things.

For example: We want to use MongoDB with Spring Boot, so we will simply give the dependency of MongoDB in pom.xml and it will configure it itself. We do not have to provide any additional configurations and just start using it.

3. Now add the additional dependencies like Spring web, MongoDB (in case your are using) or as per your requirements by clicking on the Add Dependency tab and searching it in the dependency portion, shown as below.

4. Finally click on GENERATE. A zip folder of your spring application will be created. You can simply extract it and import it in your favourite IDE.

This is how the imported Spring Boot project will look like in IntelliJ: 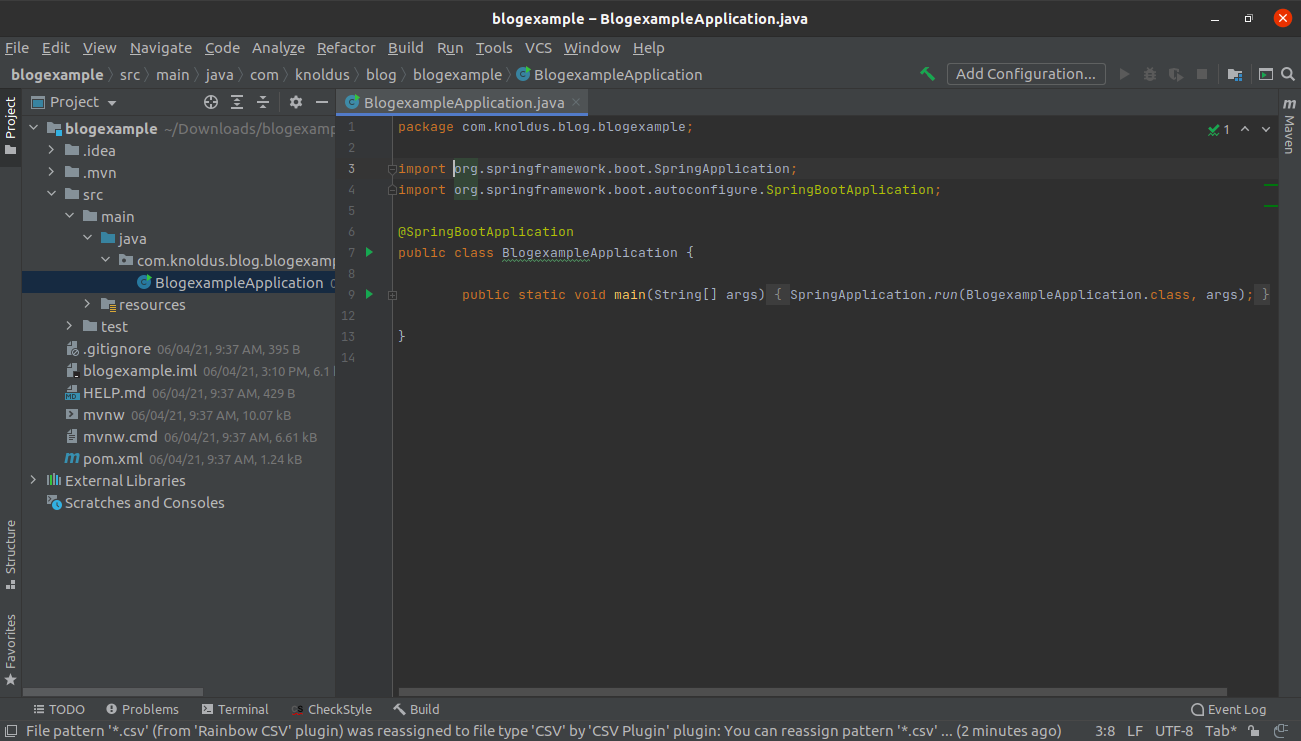 3. In case you don’t see the option, go to File -> Settings -> Plugins and search for Spring Assistant plugin and install it Restart your IDE.

4. After restarting, do the 1st and 2nd step and press Next button.

5. Add all the project properties and press Next button. 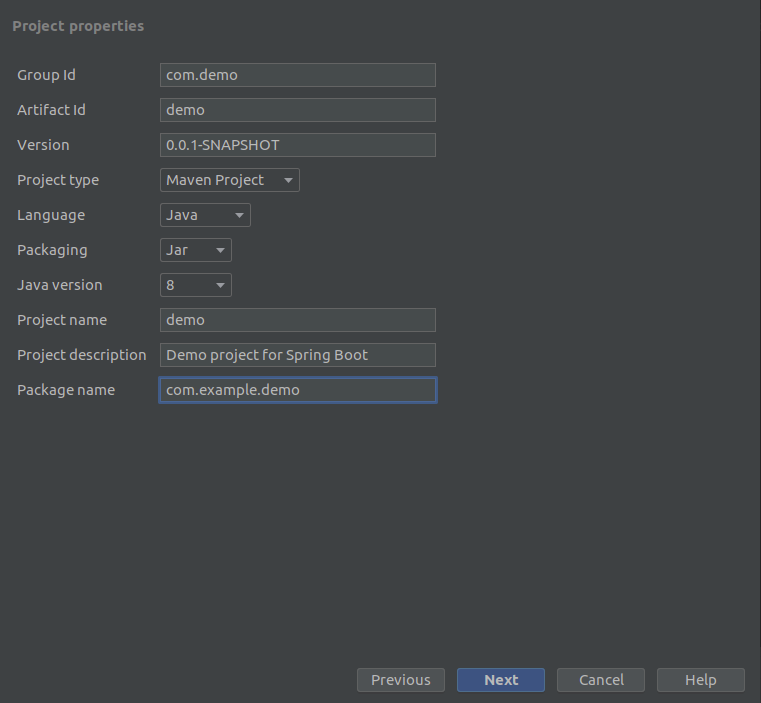 6. Now add dependencies as per your requirement and press Next button. 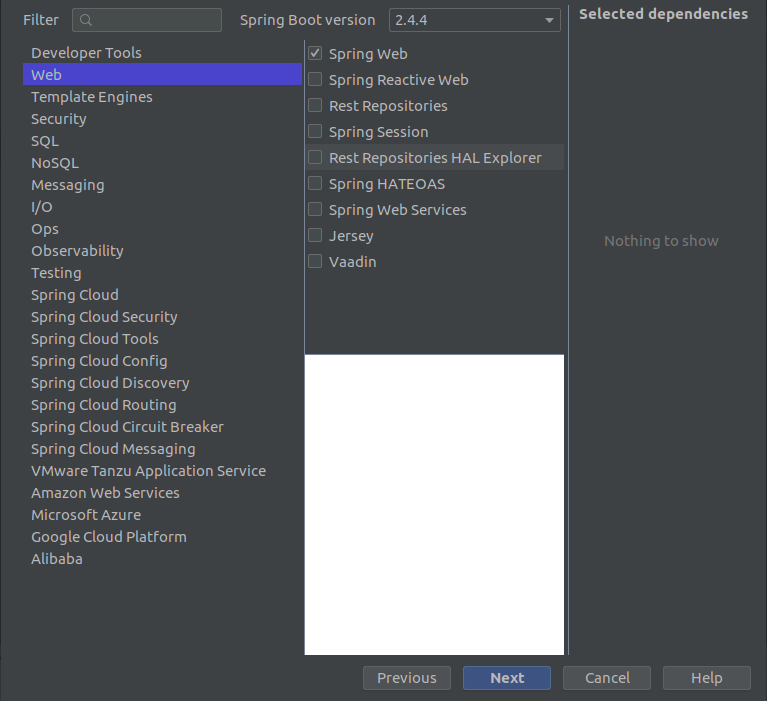 7. Give a name to your Spring Boot Project and finally press Finish button. You are all set. 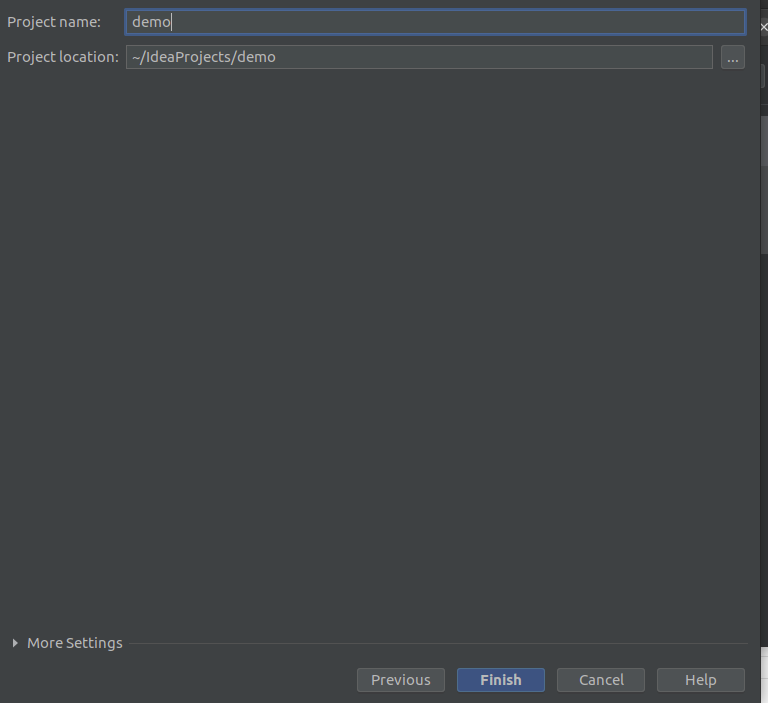 Now we are done with creating the Spring Boot Application. Let’s know a little about MongoDB and other essentials to connect Spring Boot and MongoDB.

We are all familiar with the traditional relational database which is SQL. But when we talk about MongoDB, it is a non-relational, open-source and document-oriented database management system and works on document-based database. MongoDB stores the data in JSON like documents which makes it more clear and understandable. Instead of using tables and rows, MongoDB uses collections and documents. These documents contain key-value pairs which is the basic unit of data in MongoDB. Collections actually contains set of documents and functions which is equivalent to relational database tables. MongoDB is used to store high volume of data and also because it has various features like Indexing, gives high performance etc. 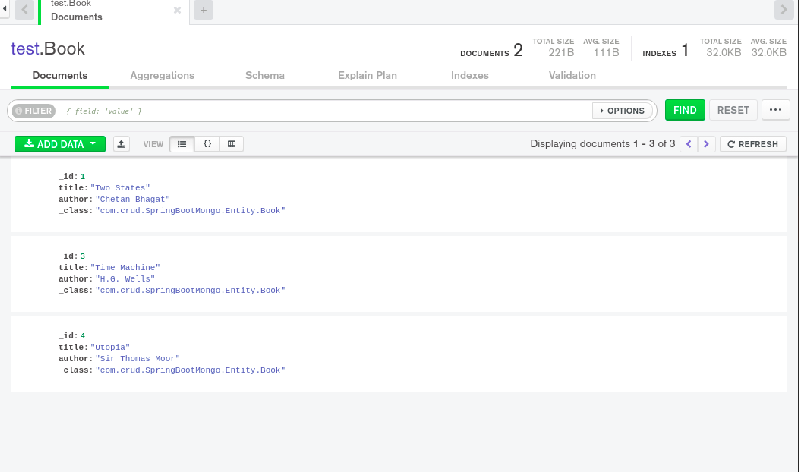 3. After installing, check the status of MongoDB using the below command.

The status should be active (running)

5. To start the MongoDB Server use the following command.

6. To start the MongoDB shell use the following command.

7. To stop MongoDB use the below command.

8. In case you run into some errors use the below command to restart MongoDB.

Now you are done with the installation part. Let’s see how to connect Spring Boot and MongoDB. 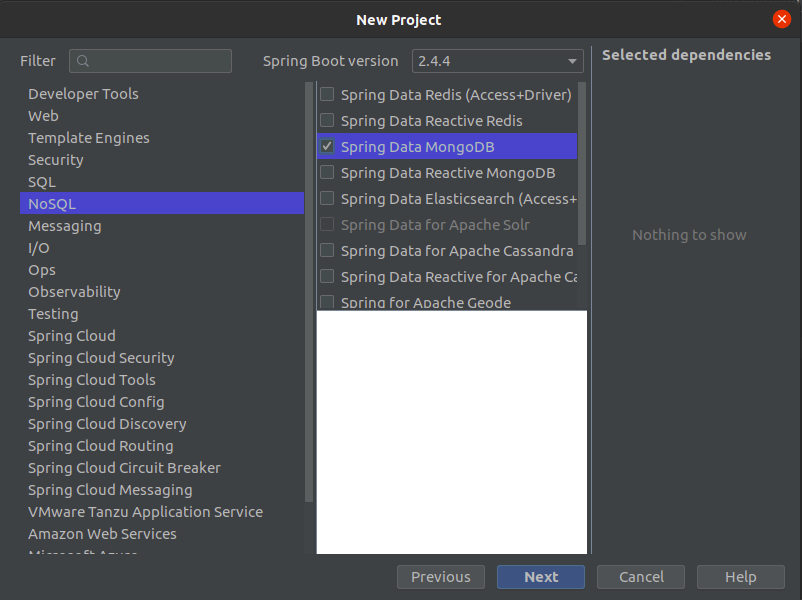 If you are using Spring Initializr, then search and add dependency from here:

Next give the configuration properties in the properties file which is under Resources. 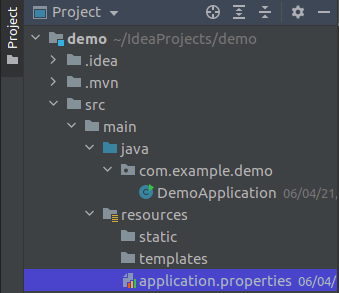 You can also use application.yml for giving MongoDB configurations.

Just right click on application.properties file and rename it as application.yml. But the way of giving configuration is different here, check below:

Before running your Spring Boot Application, you will have to run your MongoDB server. 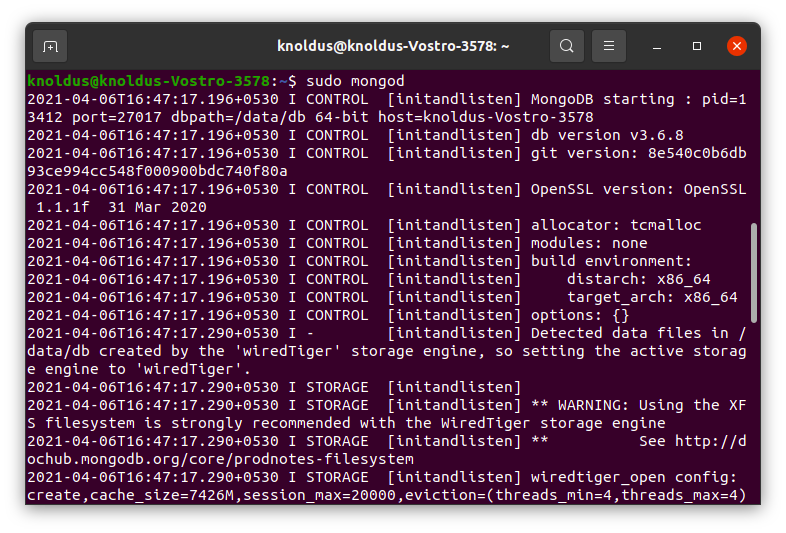 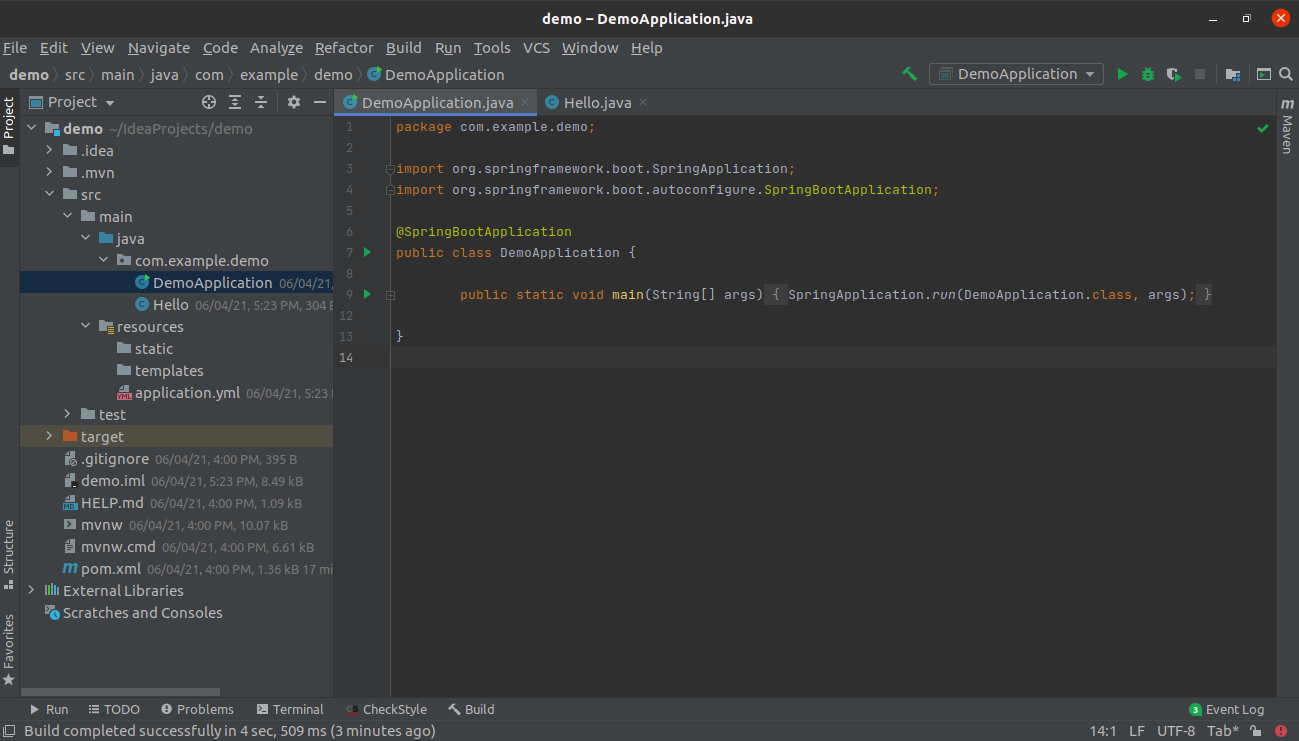 Made a java class called Hello.java and added a basic String method there. 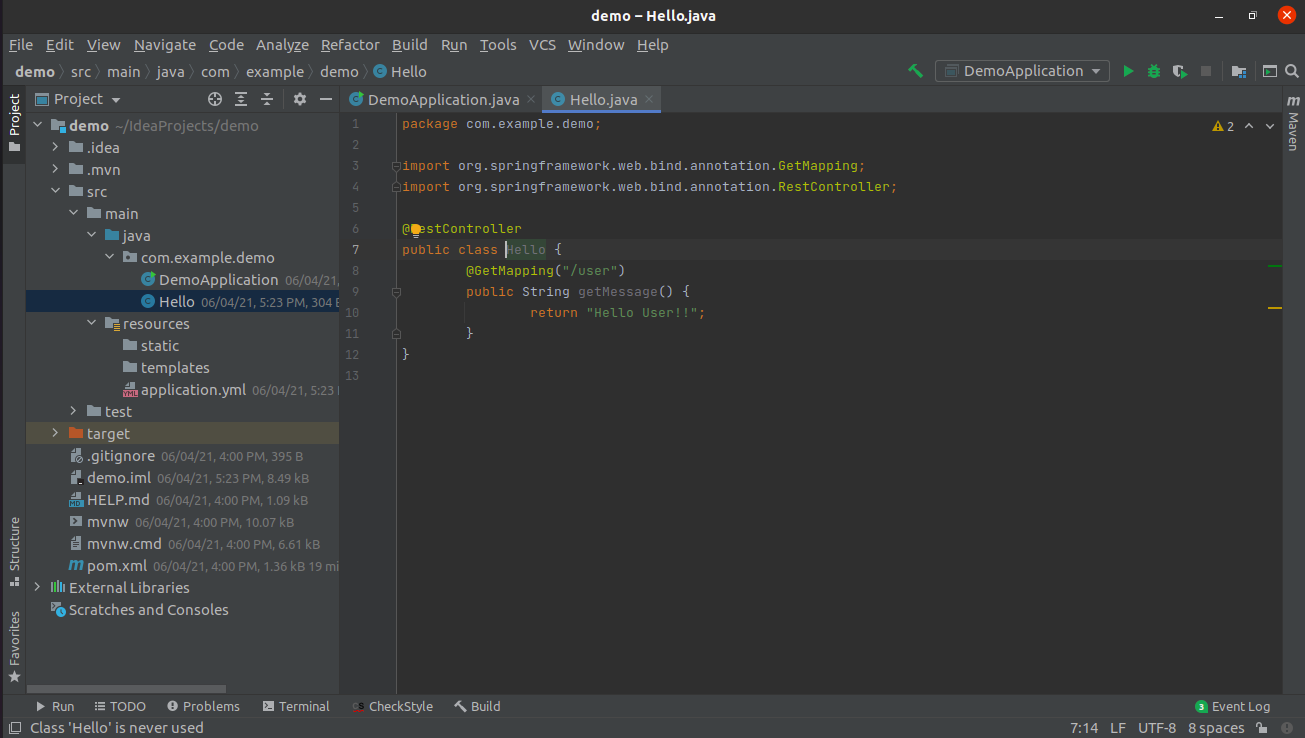 Now simply right click on the DemoApplication class, and run it. 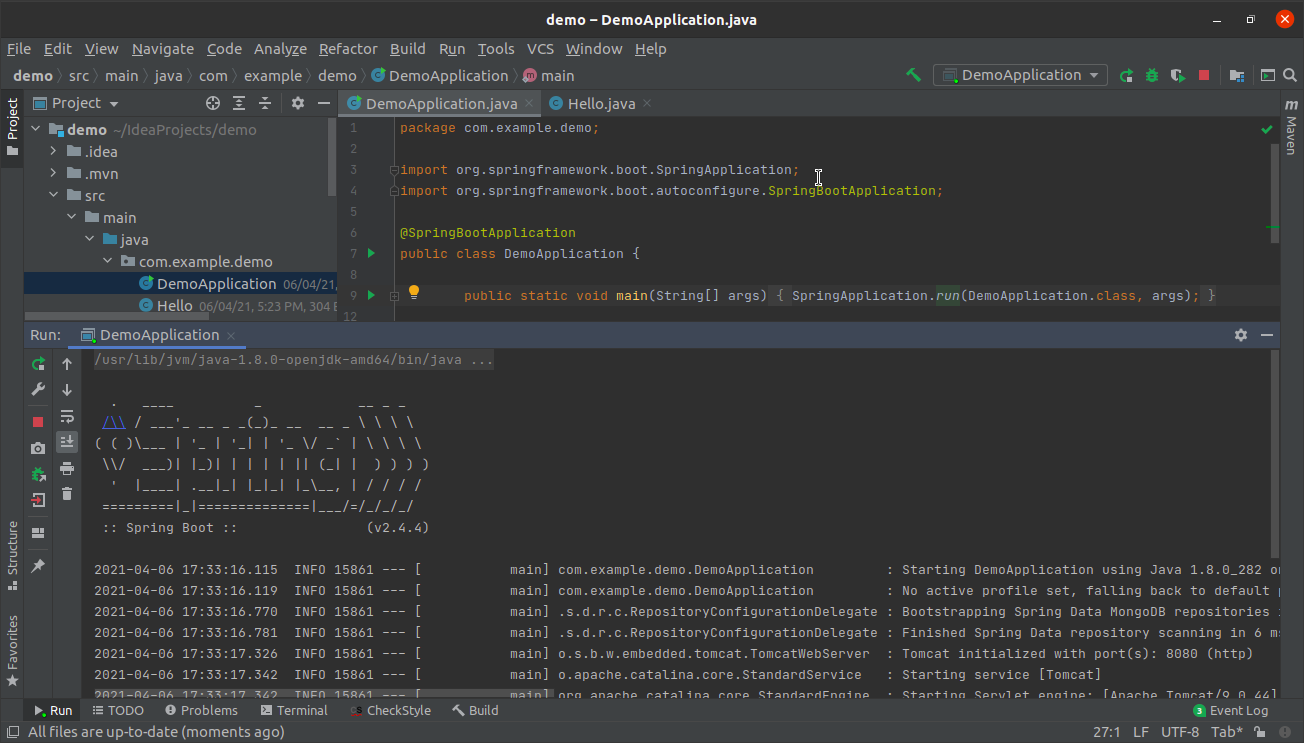 This is what you will see: