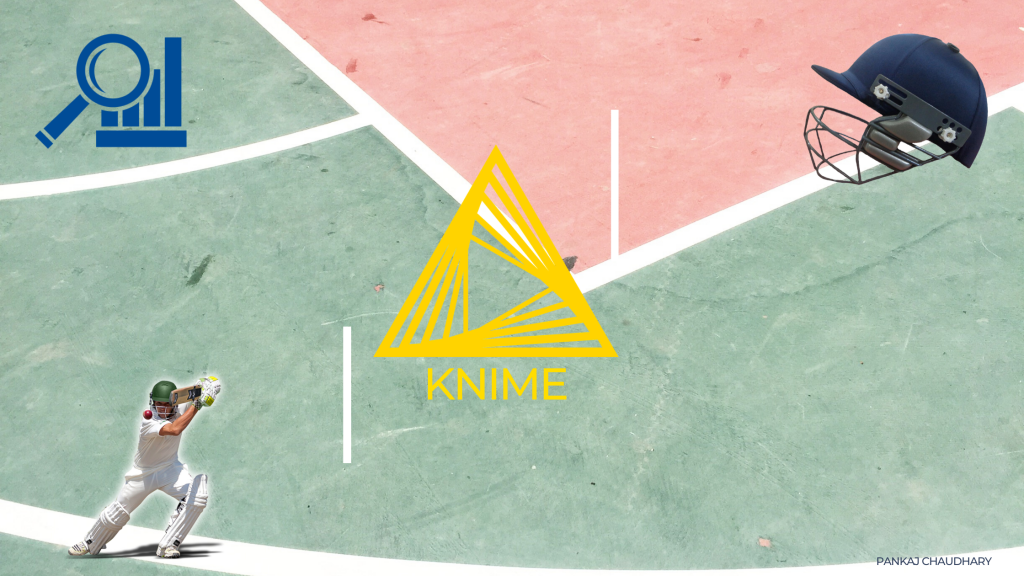 With KNIME Analytics Platform, you can create visual workflows with an intuitive, drag and drop style graphical interface, without the need for coding.

Hello, folks! In this blog, we will analyse the ICC test cricket data using KNIME analytics platform and find some exciting results. I hope you will enjoy the blog.

ICC Test cricket is the form of the sport of cricket with the longest match duration and is considered the game’s highest standard. Test matches are played between national representative teams that have been granted ‘Test status’, as determined and conferred by the International Cricket Council (ICC). The term Test stems from the fact that the long, gruelling matches are mentally and physically testing. Two teams of 11 players each play a four-innings match, which may last up to five days (or longer in some historical cases). It is generally considered the most complete examination of a team’s endurance and ability.

The Data consists of runs scored by the batsmen from 1877 to 2019 December.

The dataset consists of several features:

So, first we have read the data from the given .csv file with the help of KNIME File reader node.

After Read the data now, there is a profile column which is not usable for us. So we have used column filter to filter out that row from the data.

Then, the HS(High score) column contains the highest score and the status at high score whether they were out or not out. So in next node we have filter out that status and saved that status in a separate column.

Look over the results:

To find the Top 5 Batsman of the ICC Test Cricket history, we have used the Top k selector node which the following configuration:

2. Top 5 Players having highest Average in the ICC Test history.

To find the Top 5 players having highest average in the ICC Test history, we have used Top k selector having Highest score in the configuration.

3. Top 5 Countries having highest average Runs by the Players.

4. Top 5 Countries whose maximum player remain Not Out on his Highest Score.

You can download and view the complete workflow on the KNIME-HUB.

Note: I hope our blogs help you to enhance your learning. I’ll post more blogs on KNIME. Stay Tuned.

Pankaj Chaudhary is a Software Consultant at Knoldus LLP. He has 1.5+ years of experience with good knowledge of Rust, Python, Java, and C. Now he is working as Rust developer and also works on machine learning and data analysis because he loves to play with data and extract some useful information from it. His hobbies are bike riding and explore new places.