Karate DSL and Concourse – How to integrate?

In this short blog, we will see how to integrate Karate DSL having API tests with the concourse. Since CI/CD is a major thing in the software industry now, we need to have our tests integrated with the CI/CD pipeline that we are using in our respective projects.

This blog is all about integrating Karate with Concourse CI. So, let’s begin.

This will configure fly and that will be it. Now, we can proceed ahead and create a pipeline. But to create the pipeline and have our Karate tests integrated with it, we need to create a new YAML file for the pipeline. Let’s see how we can do that.

Creating the pipeline for Karate tests.

I didn’t find much on the web with Karate and Concourse. To be honest, I didn’t find it much difficult to have Karate working with the concourse. All you need is a working project based on Karate and a suitably configured YAML file for the pipeline. Firstly, the YAML that I’ve used is pulling up an image of OpenJDK version “1.8.0_312”, because it is mentioned in the Karate document itself that it needs either this version that I’ve mentioned or higher to run smoothly.

So, we have all the pre-requisite satisfied now. All we need to do is, provide the run command so that we can run our Karate tests.

To do so, I’ve created a shell script that has the correct command to run our test. You can find the YAML file and the shell script below.

This is the YAML file that I’ve used to configure the pipeline.

And that’s it. We have all the things in place to run our tests on the pipeline. The only thing that is left is to send the updated configurations to the pipeline using “fly”. Let’s see how we can do that.

In the image below, you can see the java version that I’ve used. 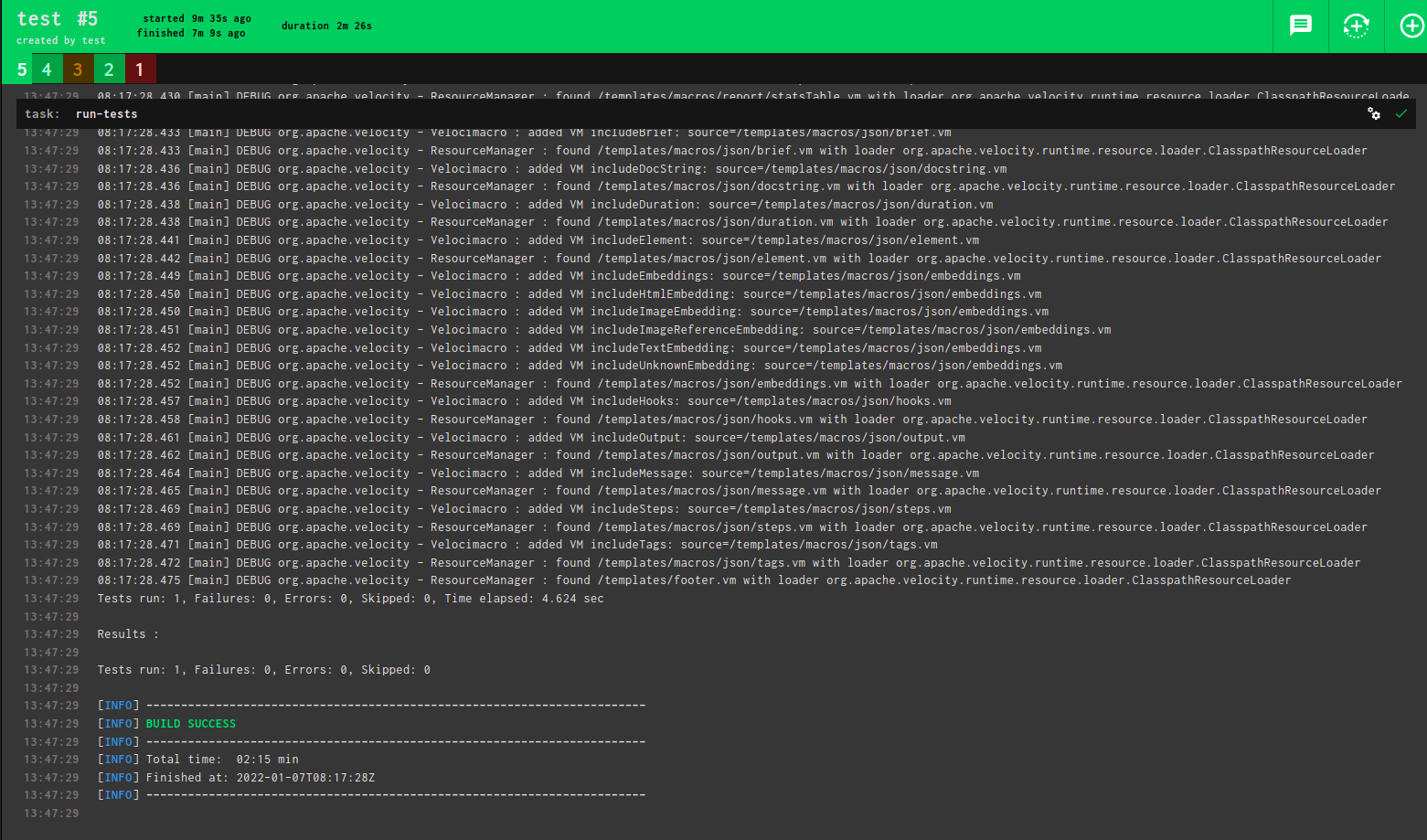 That’s all folks. I hope you may have found this useful. Please do check out our other blogs, https://blog.knoldus.com/category/tech-blogs/test-automation/. Thanks!