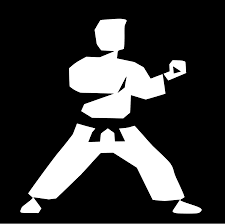 This blog aims to throw some light on the comparison between Karate UI testing framework like Selenium. In this blog, we will try to explore both the frameworks and the shortcoming that we may or may not face while doing some hands-on work on these.

Karate is a relatively new open source framework for testing Web services. Even though Karate is written in Java, its main advantage is that testers don’t need to do any Java programming in order to write fully automated tests. Instead, testers use a Gherkins like language with steps for making requests and validating responses.

Almost everyone from the testing community knows what selenium is. It has been there for like more than 10 years or so. Selenium is an open-source tool that is used for automating the tests carried out on web browsers. Only testing of web applications is possible with Selenium. We can neither test any desktop (software) application nor test any mobile application using Selenium.

Moving on, without getting much involved about the background of these frameworks, let’s have a look over their advantages.

There are three points that needs to be discussed where selenium have shortcomings, which are

Selenium waits, needs a study book of their own, at-least that’s the case for a beginner. Waiting for DOM elements to become available for interaction or to disappear from the DOM tree to continue the test is hard to do for some web applications. Sometimes you just end up with hard waits: waiting for some milliseconds or seconds and then continue with the test. This is bad because these idle times add up over the test run and can significantly increase the runtime of a complete test suite.

On the other hand, Karate gives a large variations of waits, which can be easily understood by anyone. Like we have

This is enough to make statement that Karate bests Selenium in the waits.

One of the main issue with selenium is that it does not generates test report on its down. For this thing to happen, we will have to depend on TestNg, ReportNg and other plugins. In Karate we can have a more detailed report through JUnit and Cucumber-reporting. As compared to the reports generated through selenium, Karate bests selenium.

In the Selenium world, you will find plenty of examples and references to the “JavaScriptExecutor” and the various equivalents in the different language. But all that is a little complicated. What if we can execute JavaScript on a reference to HTML DOM element, wouldn’t it be great and dead simple?

Karate lets you define and call JavaScript functions directly in your feature files. Just call the script() function and give your JavaScript snippet as an argument. For example

This article is neither a full comparison of Selenium and Karate, nor is it a complete reference to learn Karate. This was written with an to arouse interest in Karate for Selenium Users. An individual have to decide which framework will be according to their usage.

Thanks for reading. I hope you would have found this informative.