MachineX: When data is a curse to learning

Data and learning are like best friends, perhaps learning is too dependent on data to be called as friends. When data overwhelms, learning acts pricey, so it feels more like a girlfriend-boyfriend sort of a relationship. Well don’t get confused or bothered on how I am comparing the data and learning, it is just my depiction of something called Dimensionality reduction in machine learning. On a serious note, in this blog we will go through what is “curse of dimensionality”, feature selection, how do they work sort of topics and in the end you might just like my depiction and make it yours too. 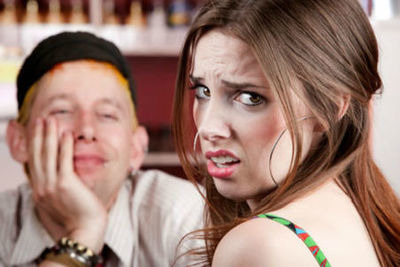 Well, learning has all the right to act pricey, after all, quality wins over quantity. Having a lot of dimensions doesn’t mean that everyone is especially useful. In fact, it becomes a curse and “Curse of dimensionality” is a title in data science to define this problem. It refers to the phenomenon that arises during analyzing and organizing data in a high dimensional space. This kind of problems doesn’t generally occur in low dimensional space like the 3D physical space. Too many features/dimensions make the model overfit too, which in all classification algorithms like KNN, Decision tree, Neural network we want to avoid. Although as more features or dimensions are a problem of overfitting, fewer features or dimensions would also cause the same. 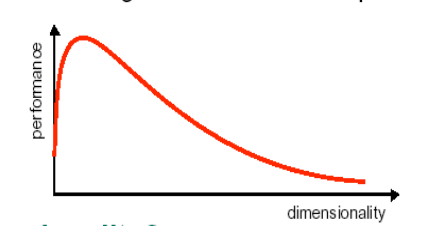 Feature Selection: In a one-liner, feature selection is the process of selecting a subset of the data by skipping redundant or irrelevant features from it. Let’s take an example our data is {X1, X2, X3, …… Xn} and the possible subset of this data is 2^n, basically, the number of subsets grows exponentially with the number of features. Now as you can see, though we have to select a subset we cannot go through each and everyone.

We need some methods to select the subsets which work in minimum time. They can be

Feature selection is an optimization problem. For both the filter and wrapper method, the flow works in a similar fashion. For filter method, we have a search algorithm involved in it as well as an objective function and we need to optimize the objective function here. 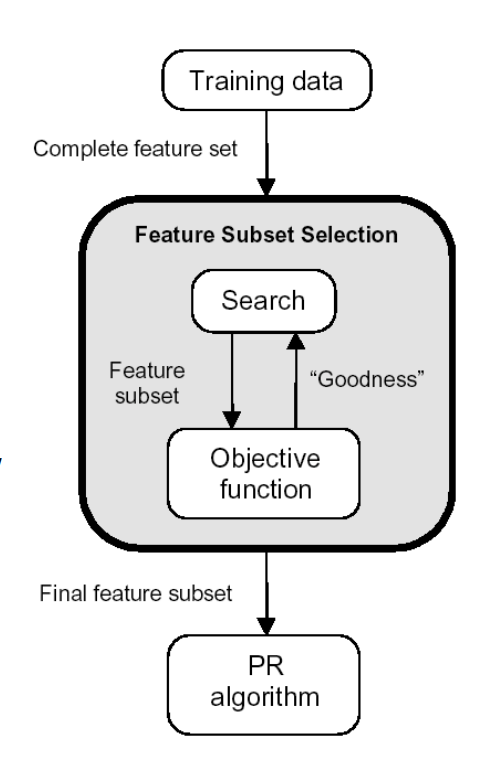 While searching for the best subset we need to take care of two things, first, we need to select uncorrelated feature and second we need to eliminate redundant features. So to do this we have two different methods –
Forward Selection method: It’s a recursive method where we start with empty data set and end up with the best subset. Following is how the steps look like –

Backward Elimination method: In contrast to the Forward selection method in the backward selection, it starts with the full feature set and starts eliminating them till we find the best subset. It’s recursive method as well and below are the steps that get followed for this method –

Feature selection can be univariate methods which look at each feature independently of others. Univariate methods measure some type of correlation between two random variables. For that, we have the following methods

Multivariate feature selection considers all features simultaneously. Following are some methods to achieve so –

Undoubtedly this a bit more information then the depiction with we started off but dimensionality reduction doesn’t end here. As we can see there is one more technique mentioned in one of the above paragraph feature extraction. So, for now, we have the feature extraction as a leftover for the next blog as well as coding part and data results are also something that we would be explaining in our later blogs. Till then Keep reading Knoldus blogs.

1 thought on “MachineX: When data is a curse to learning5 min read”