Microservices and the Saga Pattern 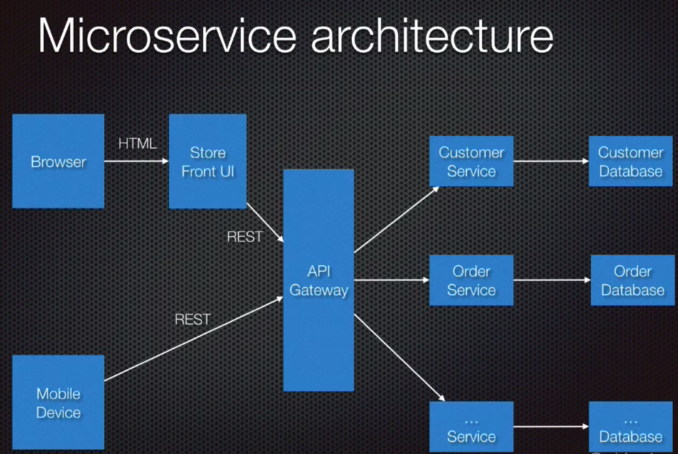 Microservices are not new in the market, they have been a part of our day to day life for a while now, so here in this blog, I would like to share with you all my understanding of what microservices are and the Saga Pattern which is widely used with the microservices. We will start with what exactly do we mean when we say: (i) we need a microservice, (ii) what it means to be reactive, and then (iii) dig into the concept- Saga patterns, with respect to a distributed system along with an easy to understand real-life example.

So let’s get started.

I hope that most of us have heard the term Microservice. If not, then in layman terms I would define a microservice to be something which is alone enough to perform a specific functionality within a larger system and is independent of other things around it, it is only concerned about the functionality for which it is created and should only deal with that functionality alone. For example, if we are preparing a product like a Restaurant application, then we would be creating several small microservices like the Orders, Customer, Reservation and etc which would be performing specific tasks around a specific functionality of the Restaurant application, and would be interacting if and only if we need to have the  functionalities clubbed together and that too only through their exposed API’s. For now, we can think of an API as endpoints of a service which are exposed for use to the outside world(outside of the microservice itself). I would like to mention some key characteristics of a microservice here:

Here’s a top-level view of how our Restaurant application would look like in the presence of microservices-architecture enabled: 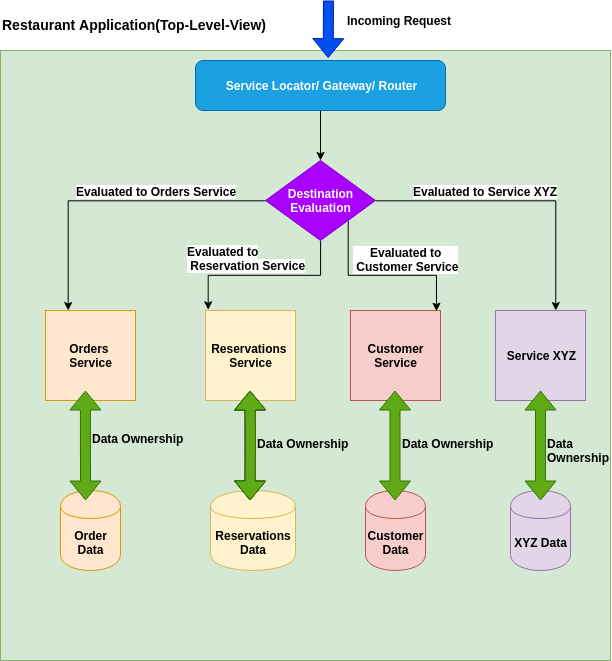 So do these services qualify for being called microservices?, I would say yes since they all possess the characteristics of a microservice.

I hope that by now you are pretty much clear about what a microservice is and you must have started analyzing the strengths and weaknesses of it. I tried to keep it simple here with giving just an overview of what a microservice should look like but there’s a lot more to it, which is out of the scope of this blog. 🙂

I would like to mention a key difference between a microservice and an S.O.A(Service Oriented Architecture), yes the two are not the same and that is because SOA does not talk about the service deployment and it is the reason that when we build a system using SOA we end up building it in monolithic style, where all the services are deployed as 1 application all together. On the other hand, microservices are a subset of S.O.A but they require that each of the services is independently deployed, meaning that they can be put on many different machines and any number of copies of the individual services could be deployed.

Here are a few advantages to using a microservice:

So moving on to our next question, what does it mean to be Reactive?

We say that a system is reactive if it follows the principles of reactive architecture that are:

So we conclude that the primary goal of reactive architecture is to provide an experience that is responsive under all conditions. More information is available here: The Reactive Manifesto

Now moving on to the third point of discussion: Saga Patterns.

In a distributed system we want to do a database transaction. Our application is spread across multiple microservices, and they are all communicating asynchronously. Trying to open a transaction when you’re potentially accessing multiple databases doesn’t actually really work. And even if you could do that, because of the nature of the asynchronous messages, you’d have to hold that transaction open for a potentially long period of time, which makes things very brittle. Sometimes things like this happen where we have multiple stages, multiple steps, all of which have to complete, or all of which have to fail. That’s how a transaction works, but when this spreads out across multiple microservices we can’t simply use a transaction. What should be used then? The answer to that would be a SAGA.

A Saga pattern is a way of representing a long-running transaction. What we do is we have multiple requests, managed by a saga. These requests can be run in sequence or in parallel. When all the requests are complete and have all completed successfully then only we say that our saga is completed. But what happens if one request(R1) finished successfully but another request(R2) failed, what to do now? How to deal with this failure? The answer to that lies within the implementation of the saga pattern. So what happens is, in saga each request is paired up with a compensating action. If a request fails compensating actions are executed for all the completed steps in that request. Once such a scenario occurs we do not complete the saga, instead, we fail the saga, and if the compensating action also failed then we retry the compensating action till the time it succeeds.

We should not confuse a compensating action with a rollback. A rollback implies that a transaction has not completed, but when we rollback we erase the evidence of the transaction and that way we don’t even know that a transaction was initiated and it failed. We say that the thing we were trying to do that never happened, but this is not the case with a compensating action in saga’s, with compensating actions(or Saga’s) we acknowledge that the thing we were trying to do did not complete successfully and as a consequence, we would be applying fixes in form of our compensating actions to whatever change was made to the state of the system by this request(R2) prior to its failure. The evidence of original actions would still remain and we are being honest and transparent to the customer about the scenario/transaction/thing that happened/failed.

A real-world example to see the SAGA pattern in use could be found in the banking sector. Let suppose you tried to initiate a transaction “debit 500 bucks” from your bank account while doing a purchase from nearby stationery, but due to some certain factors you received a notification that your account was debited but the shopkeeper didn’t receive the payment so they asked you to do a transaction(“debit 500 bucks”) again and this time it succeeded. Now when you would see your bank statement you would see two transactions “debit 500 bucks” on the same date for the same entity you purchased and now you are curious/stressed 🙁 about: did that shopkeeper lied to you? Did he charge you twice for the same item? :O and etc etc. But that is not true neither was the shopkeeper lying nor were you charged twice for the same item, relief! 🙂 But how come two transactions are there for “debit 500 bucks” yet only once was your account debited? Curious again? :O

The answer is Saga Patterns were enabled for your transaction, and this condition(failure in transaction-1) is where they came into the picture. So your first transaction request that failed initiated a compensating action on its failure that provided fixes to all the operations that were performed before your request failed, so what happened is that 500bucks were debited from your account but since the request failed immediately, a compensating action paired with the request “debit 500 bucks” was executed that resulted in a command to the system “credit 500 bucks” and that command was executed on the state of your bank account. This way your money never left your bank account and never reached to the shopkeeper the first time. The next time you initiated the same transaction and it completed without any failures then only was your money transferred to the shopkeeper’s account. So if you would look carefully at your bank statement details you would see that there aren’t just 2 transactions that were made to that shop from your account that day, instead, there are 3 transactions, that would look like:

I hope that explains the basic idea of a saga pattern in action. 🙂

We saw what a microservice is, what it takes for an SOA or service to be categorized as microservice. We also saw some pros and cons of working with microservice architecture. We went through the fundamentals of the reactive architecture and at last, we saw the Saga pattern in action with a real-world example.

With that, I would conclude this blog and in the next blog, we’ll see some other interesting Concepts/Patterns/Properties of a microservice.

I hope that this was informative and easy to understand, also, if you have any queries please feel free to list them down in the comments section.

Especially: I would like to thank the Team_Lighbend for preparing such informative content in their #Reactive_Architecture course series at cognitive classes. Do check-out these courses at Cognitive classes