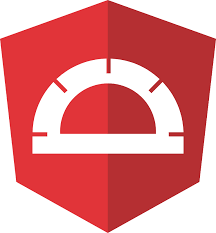 Automation testing processes are gaining popularity in order to have a degree of excellence in terms of speed quality and accuracy. A strategy to adopt Automation Testing should clearly define the scope of the tool selected for execution.

In contrast with the past, Angular has been a boost with the provision of the next generation framework and uses HTML to define the application’s user interface. It can quickly launch applications by extending the functionality of HTML such as ng-controller, ng-binding.

The requisite of the End-to-End testing tool for web applications is an instantaneous need.

Protractor can be a great help!
It is an open-source tool like selenium with a wide scope of additional features. Just be a Javascript enthusiast!

Here are the striking features of Protractor :

• The protractor knows well how to interact with the web element and get information from it.
• No cumbersome effort to locate the angular elements
• Faster test execution scripts.
• No trouble in locating elements with changing Ids
• We can create our own locator.
• It is easy to determine when exactly the web page is finally loaded
• Synchronous issues have been solved to a greater extent, no need to add manual waits.
• Protractor combines powerful technologies such as Node.js, Selenium webdriver, and Jasmine.
• It automatically applies command before every web driver action with the help of Element Finder (which has a set of action methods)
• Behavior-driven development approach with powerful framework default support like Jasmine, Mocha, etc.
• Works well with chai assertions.
• Supports angular and non-angular applications equally well
• Direct support for mobile automation.
• Page objects are easily manageable in protractor.

Let us see how we can go further in installing the protractor :
– Since protractor is a node.js program, so it requires to install node js at first
$sudo apt-get install npm
$sudo npm install npm -g

– The next step is to install protractor, the following is the command for the same
$npm install -g protractor

Protractor is a well-developed progression from Selenium Webdriver.
In the next blog, we shall see how to run a test script using an editor.

I hope you enjoyed the reading. Stay tuned for more blogs 😀