In Simple words Quorum is an Ethereum-based distributed ledger protocol that supports transaction and contract privacy.

The primary features of Quorum.

Apart from these feature Quorum includes one of the powerful feature that is support of Private and Public Transactions. 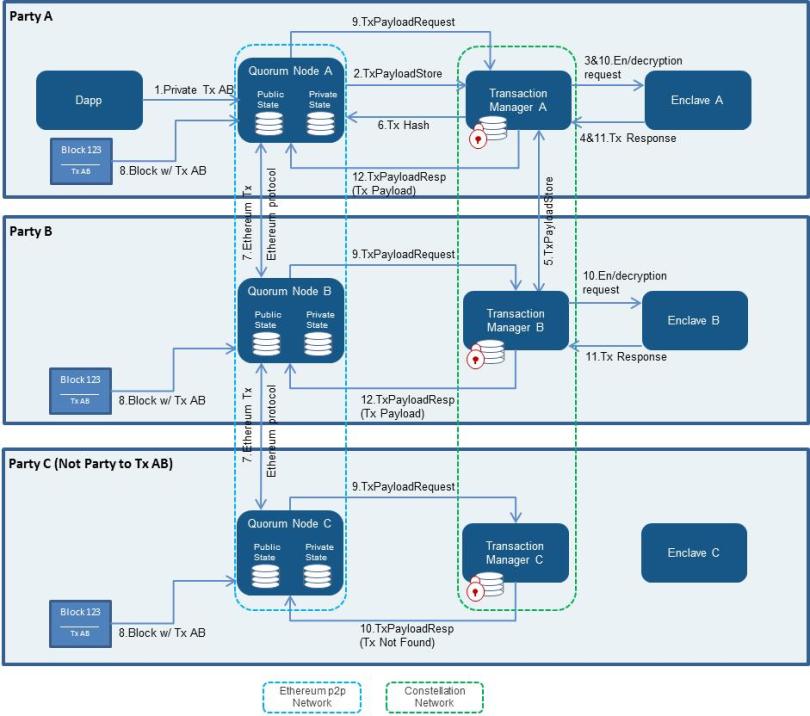 The process of a Transaction in Quorum is describe in the image.including Private Transaction Happening between A and B and there are 3 member in the network [A, B and C] :-