In our previous blog, we tried to explore the upcoming version of i.e Java 9. So this time we try to focus on Scala . In This Blog , We will be Looking onto a New Reactive programming framework for Scala Applications i.e Reactors IO .

Reactors.io fuses the Best parts of Functional reactive Programming and the Actor Model.
Reactors allows you to create concurrent and distributed applications more easily, by providing correct, robust and composable programming abstractions.Primarily targeting on JVM , the Reactors framework has bindings for both Scala and Java.

To get started with Reactors.IO, you should grab the latest snapshot version distributed on Maven. If you are using SBT, add the following to your project definition :

Then Simply Import the io.reactors package: import io.reactors._  and you are ready to go. 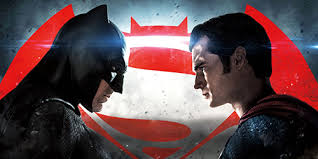 Reactor’s means of communicating with its environment.
Every reactor is created with a default channel called main, which is usually sufficient.
Every channel is owned by a single reactor.
Any reactor can send an event to a channel, but only the channel owner can process that event.

Schedulers in Reactor Model basically help in assigning a thread to the events so that they can be executed i.e. helps in Resource Management.
Every reactor system is bundled with a Default scheduler and some additional predefined schedulers. When a reactor is started, it uses the default scheduler, unless specified otherwise.

The Channels service provides an event-driven view over all channels that exist in the current reactor system.This allows polling the channels that are currently available, or waiting until a channel with a specific name becomes available. 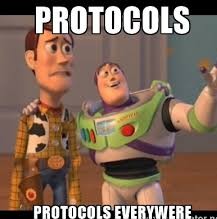 Set of Predefined Rules Provided by the Reactor System in order to  ease the understandings and also to maintain certain standards for successfully creating concurrent and distributed applications.
The communication protocols are composed from basic abstractions and simpler protocols.

There are various protocols provided by the Reactor Model .

The Basic Among Them Include :

Events coming to a specific channel are routed between a set of target channels, according to some user-specified policy.(Round-Robin , Hash , Random)
Applications :

In two-way communication, two parties obtain a link handle of type TwoWay, which allows them to simultaneously send and receive an unlimited number of events, until they decide to close this link.
The TwoWay object contains an output channel Output, and an input event stream Input.
To close the link, the TwoWay object contains a subscription object called Subscription, which is used to close the link and free the associated resources.

Limitations : Not Everything is Perfect

Reactors may overcome many problems of the traditional actor system but still lack certain things. One of the major among them is :

– Missing Resilience ( The ability to overcome from a crash or problem)
i.e No supervision as provided by Akka.
– Still under development and many features are still missing and hopefully will be updated soon.

This is all for Reactors for now. For more You can refer to the Official Reactors io Site : Reactors.io

And also for the Code Reference You can find all the related code snippets on the following github link : https://github.com/anmol2709/Reactor-POC