Rest Assured and Concourse – How to integrate?

In this short blog, we will see how to integrate rest assured with the concourse CI pipeline. As we all know, CI/CD is now a major part of the software industry and we as QA engineers must tussle with CI/CD to have our automated test integrated with the pipeline.

This blog is all about that tussle only. So, let’s begin.

Before moving ahead, let us quickly get ourselves introduced to Concourse CI. Just like any other CI/CD platform, say, Jenkins, the concourse is is an open-source platform that runs on two main Docker containers. Once Concourse is installed, all you have to do is to use the docker-compose up command to bring up the Concourse server. Concourse uses Postgres as its database.

This will configure fly and that will be it. Now, we can proceed ahead and create a pipeline. But to create the pipeline and have rest-assured integrated with it, we need to create a new YAML file for the pipeline. Let’s see how we can do that.

Creating the pipeline for rest-assured tests.

There is not much on the web for having rest-assured configured with concourse. So, I’ve done things my way. What I did was, create two separate YAML files. The primary YAML file serves as a medium to send configurations to the pipeline via the fly tool. The YAML file pulls a docker image of maven and runs a small shell script. The shell contains only the test command through which we run our tests.

The approach is simple, isn’t it? Once this is all done, we can send the configurations to the pipeline and that will be all we need to do.

For your reference, these are the YAML and shell files that I’ve used.

For your reference, the sample rest-assured test script that I’ve used. 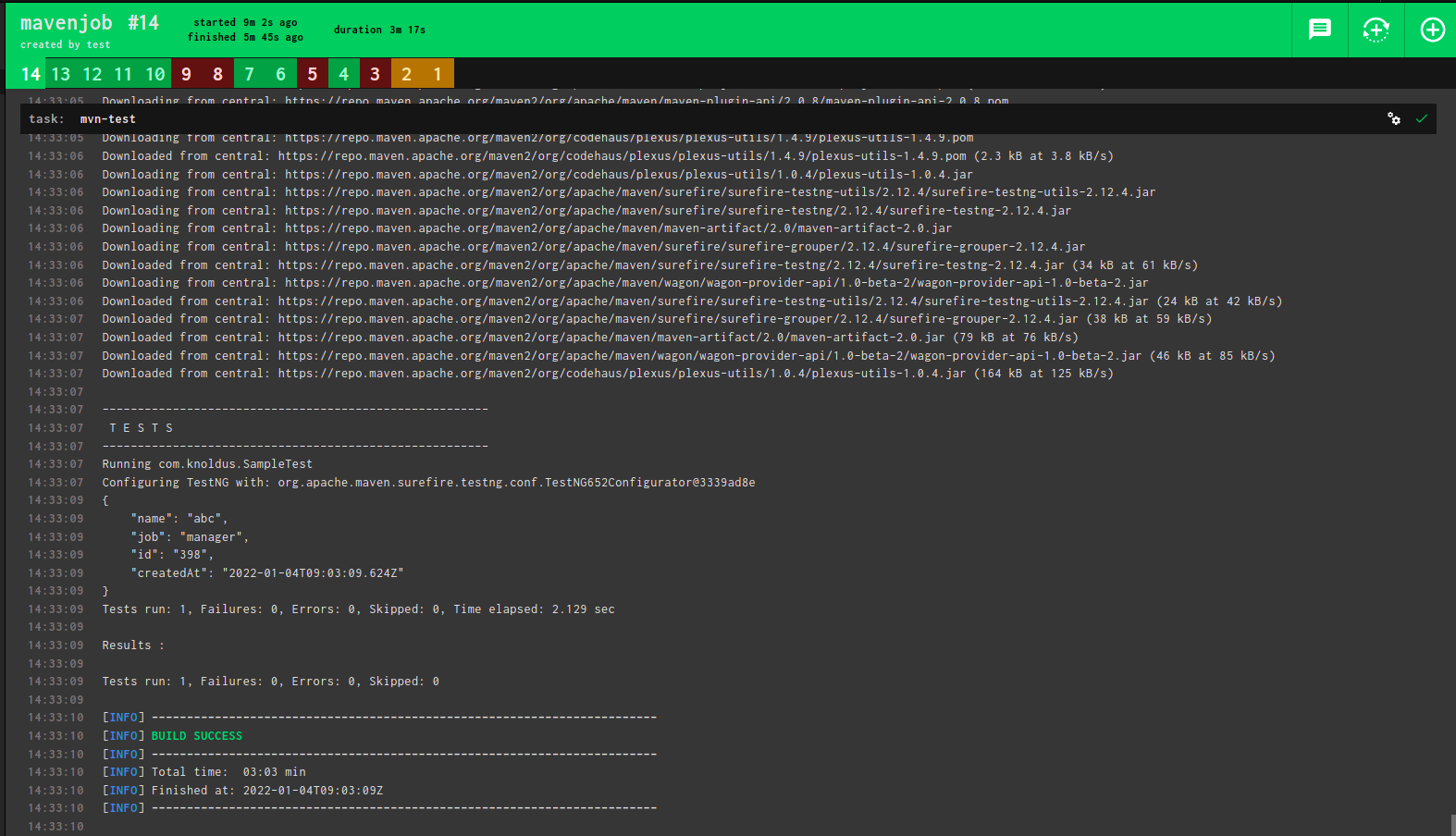 That’s it, folks, I hope you may have liked it. Do check out our other blogs, https://blog.knoldus.com/category/tech-blogs/test-automation/. Thanks!