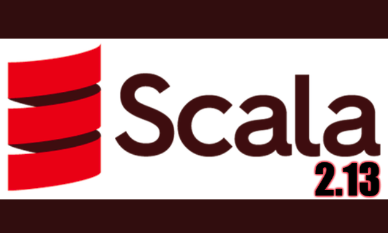 The release of Scala 2.13 had been in talks for quite a long time, but it was finally released last month, i.e June 2019. With the release of this version, there are quite a few changes that Scala has brought for the users.
With the intent of explaining some of the features that Scala has introduced/improved in its latest version I, Anmol Sarna, welcome back the readers.

In our previous blog, we explored a bit about Monads. In this one, we will just try to keep our focus on the some of the feature set that Scala 2.13 have in store for the users and whether one should put some efforts in migrating to Scala 2.13. I’ll try to summarize all the related knowledge in this blog including the documentation and the release notes as well.

With the latest release of Scala, there is a long list of important changes and improvements in several areas including the four major key areas: Collections, Standard library, Language and Compiler.

Let’s try to have a better understanding of these.

The redesigning of the collections framework is one of the major change that Scala has implemented in this new release.
Standard library collections have been overhauled for simplicity, performance, and safety.

Apart from the changes listed, most ordinary code that used the old collections will continue to work as-is. The most important collections changes include:

These were some of the major changes in the collections made by Scala. Apart from these, there are a lot of additional changes as well. If you want to explore more on the same, you can go through them here.

Next big thing in the list of changes that Scala made in its latest version is the additions, changes, as well as deprecations and removals to the standard library.

We will try to bifurcate some of those into the following categories:

Although version 2.13 os Scala is stated as primarily a library release, not a language/compiler release, there are quite a few language changes including some new features, experimental features, and some deprecations:

Apart from these changes, there are a few more adjustments that are made with respect to the Language changes. For that, you can refer to the release notes.

Last, but not the least, the team has invested heavily in compiler speedups during the 2.13 cycle which resulted in some major changes with respect to the compiler.
Compiler performance in 2.13 is 5-10% better compared to 2.12, thanks mainly to the new collections.

Apart from this improvement in performance, Scala also claims to have more deterministic output and improved optimizer in this version.

Some of the major compiler changes that helped in improvement in performance include:

In this blog, we tried to cover most of the major changes that Scala has added into the latest release.  So, it’s up to you to answer the question `Has Scala done it again?` with Scala 2.13.

If you want to explore more about Scala 2.13, you can go through the release notes.

Hope This Helps. For any queries, feel free to comment.