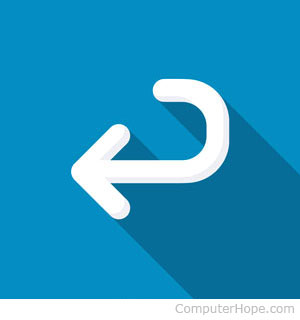 Writing readable and understandable code is often overrated. I feel it’s not big a deal. One should just start following the code conventions right from the start of their career. They’re simple rules just like good habits.

Talking about Scala coding conventions, the most basic practice we often come across is: MUST NOT USE RETURN. But rarely they tell you WHY NOT! So, let’s dig into the world of RETURN and find out why not to use them.

Putting in simple words, return basically transfers the control back to the function. It gives back the result and no statement after the return statement gets executed in that particular function. In scala, the return isn’t required to be written with the resultant value. It evaluates that itself. You must’ve tried writing return explicitly to see if it gives you any error or something. Yes, it wouldn’t flag any error but it has the power to change the intended flow of the program.

Where are we actually returning to

Consider a play method for example

We can say that return statement does not return you from the enclosing block or anonymous function but it returns you from enclosing method(def).

When we use the return statement inside anonymous functions its implementation is done by throwing and catching (Although it not true always) an object of NonLocalReturnControl which is a child of Throwable and also inherits NoStackTrace(wonder from where you got the error). Hence it has some kind of overhead over the normal flow. It does not usually create problems. But there’s always a chance that if we are handling our errors we may catch this exception too in our stack trace. So better to leave out the return when using error handling.

A code sample just to test return in anonymous function

Here in the decompiled version, we can see that the implementation of the return statement is actually done by catching the NonLocalReturnControl exception.

Return is not referentially transparent

We know that the returned value should conform to the expected type mentioned in the method declaration. But what’s the type of the return statement? Let’s explore it by trying it with different types.

Safe to assume that the type of return statements may be the type of the returning value.

So works with string too!!!

By this point, it is not a surprise anymore.

And if you use IntelliJ to auto check for the return type it gives ‘Nothing’. So the type of return statement is Nothing.

Well, after mentioning the worse it could do to your code if you still feel that you need to use it. PLEASE THINK AGAIN. You can easily change the way of your computations.

It might take your time and efforts to get used to this good practice, but it’s always good to write computations that terminate properly than to reason out things that went wrong.