In this blog post, we will learn about higher-order functions in Scala – what they mean, why they are used and how they are used.

What is a higher-order function?

Why are they used?

How do we use higher-order functions?

Let’s move forward and try using some higher order functions. We will be seeing 3 most commonly used higher-order functions which are map, filter and reduce.

A map higher-order function applies the function passed in it to every element of the data structure. It then returns the same type of data structure but with mapped values. It has the following form :

If you have sbt installed, just type “sbt console” in any directory to get to the Scala REPL and you can try all the examples given here. If not, you should install sbt first.

EXAMPLE : Given a vector of integers from 1 to 10, we will try to find the corresponding vector that contains the squares of those integers. We perform this using map function as below :

Here, the map function is used over a vector of integers in Scala. The function passed into the map function i => i*i takes each integer from the numbers vector and converts it to the square of that integer. This happens for all the integers and the resulting vector containing squares of numbers from 1 to 10 is returned. Doing the same in Java would take many more lines.

EXAMPLE : Given a vector of integers from 1 to 10, we will try to pull out all even numbers integers in a new vector. Have a look at the code below :

A reduce function reduces the elements of the data structure using the specified associative binary operator and returns the reduced value. Reduction means to apply the same binary operator consecutively on each element to produce a single value. It is of the form :

Here in the reduce function, we pass in a binary associative operator (x , y) => x+y which at a time takes two integers from the data structure and adds them. This operation is both binary i.e. operating on 2 elements x & y and associative as x+y=y+x. The added result is then again summed up with another integer from the vector. This process continues till all the integers are summed up and the total sum is returned.

In this blog we learnt about higher-order functions and how we can use them. Keep learning! 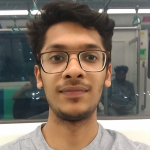