[Contributed by Raghu from Knoldus, Canada]

One of the important and popular classification techniques among Machine Learning algorithms is Support Vector Machines. This is also called large margin classification. Support Vector Machine technique results in a hyperplane that separates and hence classifies samples into two distinct classes. SVM results in such a plane that not only separates samples but does it with maximum separation possible. Thus the name large margin classifier. A 2-dimensional depiction of this is shown in the picture below. This is the case of a linear SVM where the decision boundary that separates the classes is linear. 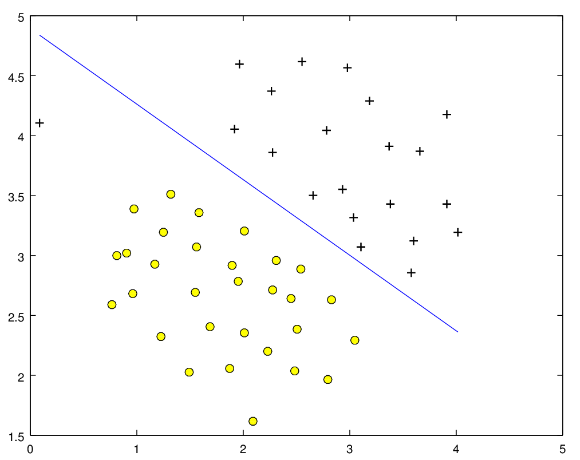 Support Vector Machines also support classification where the decision boundary is non-linear. In this case, SVM uses a Kernel. Most popular kernel that is used for non-linear decision problems is what is called an Radial Basis Function Kernel (RBF Kernel in short). This is also called a Gaussian Kernel. Below are 2 images that will depict the working of the SVM with Gaussian Kernel which does classification using non-linear decision boundary. 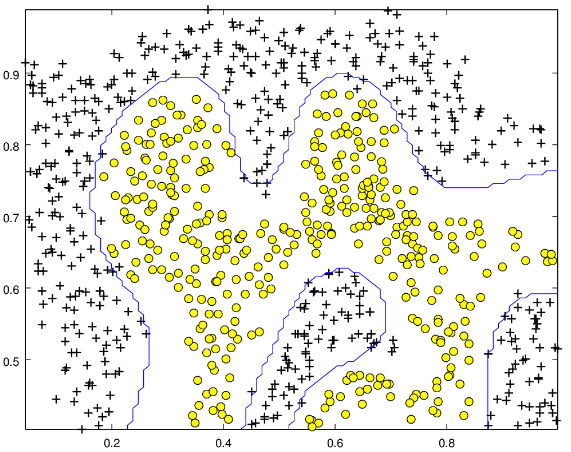 In the above Python session, we created a classifier that uses an SVM. As can see from the below output, the kind of kernel used is RBF. RBF kernel takes gamma as parameter. In this case, gamma is set automatically. We need to specify the value of C, which is another hyperparamter, which by default is set to 1.0.